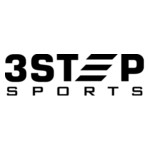 Founded in 2006, AVC began with just five teams competing out of a high school gym. Over the last 16 years, the club has expanded to an elite program with 50 teams, thanks in large part to its grit and focus on training and development. The mission of AVC is to promote and develop the sport of volleyball from the entry-level player to the elite athlete.

“We made the commitment and put in the work necessary to run a successful operation,” said AVC co-founder Paul Schiffer. “Kids know that when they walk into our building they’ll be trained and given the chance to play against the best teams and athletes at the Open level. We’re proud that we’ve become Northeast Ohio’s premier volleyball club and we’re excited to grow the brand and join some of the most iconic clubs in the nation.”

Over the years, more than 200 AVC athletes have gone on to play in college and more than 1,000 coaches have come through the program. The club has produced 25 All-Americans and has competed in five Open National Championships, including a 2015 team that was coached by John Hawks, who later went on to coach men’s volleyball at UCLA and currently coaches at Loyola University in Chicago.

“3STEP is synonymous with two things: professionalism and success,” said AVC club director Meredith Rice. “It’s our responsibility to provide our families with both of those things in whatever way we can. As we’ve reached the natural limits of what we can achieve in both of those areas on our own, it’s our great honor to partner with 3STEP to continue to advance the competitive experience for our athletes. We couldn’t be more thrilled for what’s to come!”

The 3STEP reach spans 43 states and serves more than 3.2 million athletes across nine sports through industry-leading events, nationally spanning club programs, premier media content and more. 3STEP was founded by David Geaslen, who sought to create better experiences and more opportunities for athletes and their families. The mission of 3STEP is to be the standard of the youth sports experience and create consistency in the industry. 3STEP also operates the non-profit charity Mission Win, which aims to transform the lives of children through sports participation, leadership training and professional development.

“AVC is another fantastic club that does things the right way by focusing on the development of the player first,” said Geaslen. “We can’t wait to get to work with them and continue to build our volleyball division with the best operators in the business.”

To learn more about 3STEP Sports, go to www.threestep.com

For more on AVC, go to www.theacademyvolleyball.com.