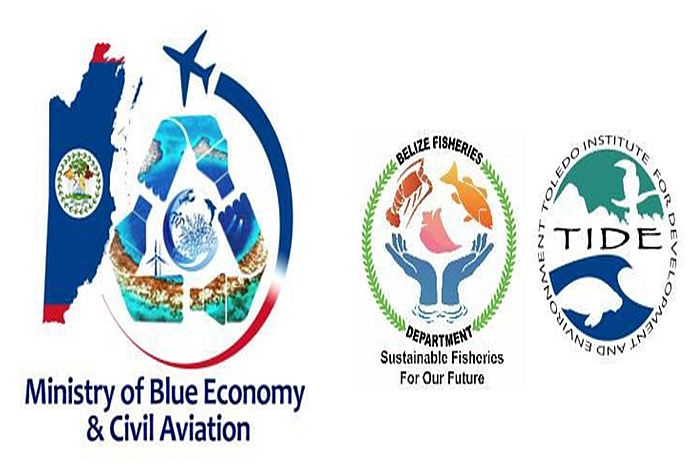 PUNTA GORDA, Belize – On July 31, 2020, a statutory instrument was signed by the then minister of agriculture, fisheries, forestry, the environment and sustainable development for the expansion of the Sapodilla Cayes Marine Reserve, now approximately 321,623.5 acres. This expansion includes but is not limited to the protection of a portion of an important coral reef ecosystem known as the Corona Reef or Cayman Crown, which straddles the maritime boundary between southern Belize and Guatemala.

The Cayman Crown is described as the most underrepresented habitat in the marine protected areas system of Belize and Guatemala and is believed to be a biologically important hotspot, a fish spawning aggregation site (FSA) for numerous fin fish species and habitat for deep-slope snapper and bottom-dwelling species. In 2020, the Cayman Crown was declared protected in both Belize and Guatemala.

After obtaining a valid research permit from the Belize Fisheries Department, the Toledo Institute for Development and Environment (TIDE) commenced research for FSA’s at the Cayman Crown in February of 2020 and plans to carry out research during 6 to 8 months of the year. Scientific information gathered will inform the effective management of the Cayman Crown zone within the Sapodilla Cayes Marine Reserve.

During FSA monitoring expeditions conducted in February and March of 2021, TIDE’s research team was accompanied by a research team from FUNDAECO, Guatemala who is responsible for the management of the Guatemalan portion of the Cayman Crown site. The FUNDAECO team obtained a valid research permit from the Belize Fisheries Department to participate in the research trips within Belize’s territorial waters and TIDE intends to access research permits from Guatemala when conducting research in the Guatemalan marine protected area. TIDE, FUNDAECO and Healthy Reefs for Healthy People Initiative have pledged through a cooperation agreement to work jointly on research, protection, and management of the newly formed transboundary marine protected area.

A management plan for the Sapodilla Cayes Marine Reserve will be developed and we look forward to participation of stakeholders in the consultation meetings.