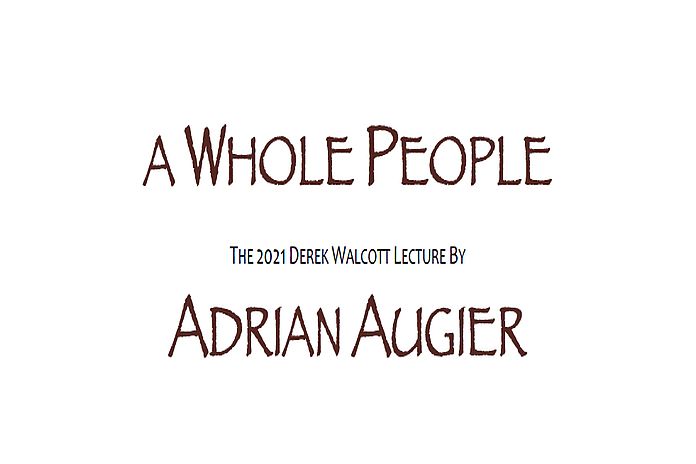 Adrian Augier is a development economist, an independent senator, and St Lucia’s 2010 Entrepreneur of the Year. He is an award-winning poet and producer and a Caribbean Laureate of Arts and Letters.

“I come to this assignment from dual perspectives. As economist and artist, I have labored in the happy shadows of both our laureates. Sir Arthur’s, because he is the father of development economics which has been my métier since the age of 22. Walcott’s, because of my love affairs with literature, theatre, painting, design, and carnival. The boundaries between these are often fluid and when they merge it is sheer magic.” ~ A Whole People.

”I suspect this is the sort of state sponsored degradation to which our culture has succumbed, believing that the value of celebration can be measured by the size of an event budget, however profligate, however oblivious to the history and humanity out of which the soul of the thing once sprung, before government intervention modified its DNA.

This leads to the unfortunate notion which I can never accept, that citizens must seek permission from some authority to celebrate, to congregate, to sing loudly in daylit streets, to beat their repurposed bottles and spoons, to sound the percussive base of recycled plastic drums. That right is already won. We will not regress.

What now looks like defiance, is the assertion many messengers have cried out and died for. Many messengers indeed, including Walcott’s fellow Laureate, that other distinguished son, Sir William Arthur Lewis. 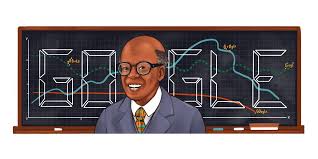 Sir Arthur also grappled with these themes, and was recently honored in art with a doodle by google appearing worldwide on December 10, 2020. It is worth a small detour here, to note that Lewis also held the view that:

A new breed of West Indian [needs] a creative arts curriculum in secondary schools. A society without the creative arts is a cultural desert … If we are going to close our minds in a box of our pure West Indianness, we shall achieve nothing worthwhile.

“So, an inward myopia will never be enough. In that respect, the views of our two scholars are aligned: in order to appreciate that treasure which is the Caribbean, we must understand the provenance of that treasure.” ~ A Whole People.

Check out the audio version of the lecture here.

Power must be used as a tool, never as a weapon

The View from Europe: Is a new relationship between Britain and its...