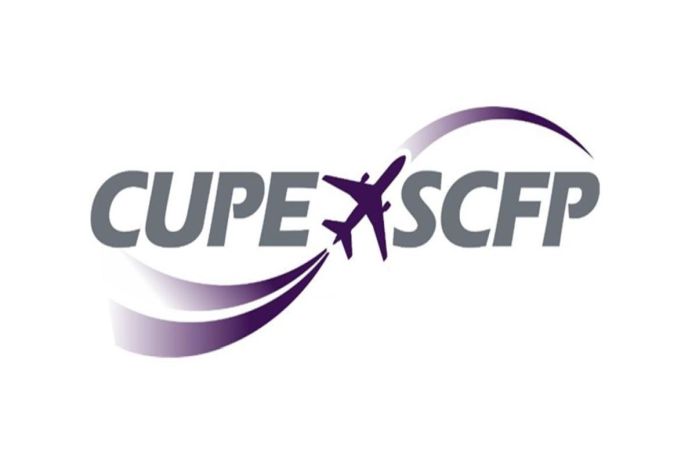 OTTAWA, Canada – The Air Canada Component of CUPE representing Air Canada and Air Canada Rouge and CUPE Local 4070 representing WestJet, WestJet Encore and Swoop Cabin Crew Members called on the Federal government to take the crisis caused by COVID-19 as the industry devastating pandemic that it is.

The unions called on the Justin Trudeau-led government to safely remove domestic and most international travel restrictions to let our Airlines fly and Let Us Work. “If Justin Trudeau and his government will not let us fly, the Unions demand that the Federal government bailout our sector until we can succeed with assurances our members will be compensated.”

“The health and safety of all of our members is paramount to moving air travel forward and must be maintained with consultations with all stakeholders,” said Wesley Lesosky, president of the Air Canada Component of CUPE. “We are 13,500 strong between Air Canada and WestJet – we are the industry in Canada and recognized globally for our safety standards.”

“Air Canada and WestJet together represent over 80 percent of airline capacity in Canada. It is unacceptable for this Government to continue to ignore the economic crisis facing our industry and our Employers” said Chris Rauenbusch, president of CUPE Local 4070. “Our Unions together demand that the Prime Minister either Let Us Work or bail us out. We cannot continue to exist with zero federal support, and at the same time zero ability to fly and attract healthy customers”.

Canada is one of the only G7 countries that has not provided a sector specific aid package to its airlines. Compounding that, domestic and other travel restrictions from safe zones are choking our industry’s demand unnecessarily. While other developed nations recognize the contributions that commercial airlines play in their National economies, GDP and overall economic health, the government of Canada seems prepared to let our Nations’ largest carriers fail.

Both Air Canada and WestJet Cabin Crew Unions implore the Trudeau government to Let Us Work by immediately:

The impact of the crisis on the sector is twofold. The health and safety of our members is foremost, yet the economic decimation to our Employers is unprecedented. Canadians cannot let this government get away with ignoring the financial realities on both Air Canada and WestJet. The loss of either carrier would be catastrophic to our Nations’ economy.

Prime minister Trudeau, the world is opening. Please do not leave Canada behind. We demand that our Cabin Crew Members and our Employers no longer be ignored by your government.

The Bahamas government to provide land for hurricane Dorian victims