STEVENAGE, England – Airbus Defence and Space has won the next phase of the study contract (Advanced B2) from the European Space Agency (ESA) for the advanced Sample Fetch Rover which will be used to collect samples from the surface of Mars.

Mars Sample Return is a joint NASA and ESA campaign to return samples from the Red Planet. NASA’s 2020 Mars rover mission Perseverance will collect Martian soils and rock samples and leave them on the surface in small metal tubes. In 2026 NASA will launch an ESA rover to Mars to collect these tubes. Landing in 2028, the rover will then travel an average of 200 metres a day, over a period of six months to find and pick up the samples. It will collect up to 36 tubes, carry them back to the lander and place them in a Mars Ascent Vehicle which will launch them into orbit around Mars. Another spacecraft developed by ESA (with a Nasa payload), the Earth Return Orbiter (ERO), will collect the samples from Martian orbit and return them to Earth.

Sophisticated algorithms for spotting the sample tubes on the Martian surface have already been developed by the industrial team led by Airbus, and a dedicated robotic arm with a grasping unit to pick up the tubes is being designed with a pool of European industries.

The accommodation on the NASA lander and the MSR surface mission profile imposes new requirements to the SFR locomotion system, which will be equipped with four wheels, larger than the six flexible wheels used on the ExoMars Rover. Type, size, and number of wheels have been chosen to better cope with the selected landing site terrain and with the speed and performance required to reach the depot location and return the samples in due time to the lander.

Unlike the ExoMars rover Rosalind Franklin, which has six wheels, the Sample Fetch Rover will only have four wheels. This is in order to save mass and complexity – but it also presents challenges as the rover has to move more quickly than ExoMars and yet not get stuck on its journey across the surface. The Sample Fetch Rover is required to travel more than 15km across the Red Planet searching and collect up to 36 of the 43 sample tubes left by the Perseverance rover. The samples are due to land back on Earth in 2031.

The latest approval for the Mars Sample Return campaign was given by ESA at its ministerial meeting in November 2019.

Virgin Atlantic takes to the skies with flights to London 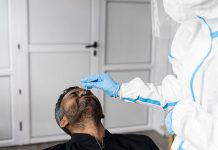 Peru emerges as the most stable investment destination in Latin America