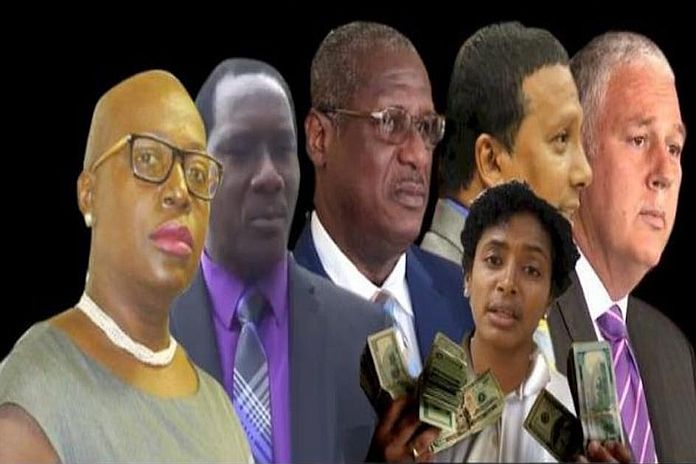 A recent article by Edwin James towards conservative United Workers Party (UWP) doctrine said: “It is an acceptable fact that the Saint Lucia Labour Party (SLP) have opposed every recommendation made by the current administration, as a result, their opposition has now lost whatever legitimacy they once enjoyed.” However, said: We made this comment based on our most recent experience.”

The words, “We” and “Our” are interesting in this sentence, relevance to the plural tense somehow draws parallel to the singular tense – [Edwin James]. At the onset, these conflate whatever legitimacy James has in his untrained mind. This also gives a clear understanding of the comparative between trained minds, that differentiates supporters of the two parties to nation-building, ideas relative to truth and facts.

There is also the separation of thought to the mechanisms of government – how government ought to function, rule of law and Constitutional guidance; in contrast to what passes in the UWP governance of Saint Lucia.

The arguments put forward on the question of opening and/or closing the borders, tourism, the current COVID-19 pandemic, leading to the legitimacy of the COVID-19 control and prevention law are too whimsical for my rebuttal. And given the attempt to tag the SLP with the current rise in COVID-19, on the backdrop of a successful march is devilish.

The said writer, James – also sort to apply Family, Friends and Foreigners (FFF) UWP clan, to validate the Piton fiasco, with Grynberg and Frenwell reference a cohort’s mindset on a matter he is deficient of truth and facts. A true staple of a 43 percenter and a symbol of a UWP shaming a nation that is now broke and broken by their own doing. “Running the country like a business”. A toxic approach to UWP ‘a spear of fantasy to their own’ dogma and destruction.

As a result, for the said James to write – SLP squanders its legitimacy, says, “the current prime minister has saved Saint Lucia …”,  is blind to matters of common attributes to sound, smell and feeling to the increased hardships of everyday living in Saint Lucia.

Living up to the requirements of colonial rule is a terrible thing. It reveals a lot about those in power and the people they govern. And while the country is struggling, people choose to forget and choose to remember conveniently, while the business approach to governance does not work. It has not fixed the problems of the country. And trying to fool the people by instilling fear with erratic action and mix messaging is an active deconstruction of an administration that argues “colonialism has a conscience” is driven by commercial values (commodities of profit and loss) rather than a political initiative that “put people first”.

Understanding this is abstract to the understanding and the use of corporate control to secure power and to govern the people.

The current construct of the government of Saint Lucia has no plans of national development (beyond being project-oriented) that appeals to low information voters, low skilled labour, in keeping with a colonial system of commercial exploitation.

The outcome is a corporate monopoly, heroes of controversy and distrust, corruption, and politicians with low values, fighting for their survival.

The preferred alternative is through the prism of political governance, the rule of law, respect for all, mannerism and trust that apply in multiple lenses. A leader and an administration that focuses on an industrious people, a community of people, with legitimate rights to the land, the people, and the light. With an enduring engagement of entities to nation-building.

An approach to understanding these is the first step to the liberation of the mind, the political, economic, and social well-being of mankind.