BASSETERRE, St Kitts, (WINN) – An avowed LIAT critic – former LIAT pilot James Lynch who is today an Aviation Consultant based in Canada says he is sympathetic to the position taken by Antigua and Barbuda prime minister, Gaston Browne. Major shareholders Barbados and St Vincent and the Grenadians have opted for the liquidation of the insolvent LIAT 1974.

Prime minister of Barbados, Mia Mottley is of the view that LIAT has reached the end of the line, with one of its biggest liabilities a $29 million severance payment it contractually owes to its employees.

Mottley prefers to now go the route of banking on six small airlines in the region and reviewing the airline tax that has been seen as a burden on LIAT, and by finding ways to accommodate these small airlines including addressing the issues of licenses.

Prime minister of St Vincent and the Grenadines, Ralph Gonsalves has his eye on two local airlines.

Antigua and Barbuda’s prime minister Browne is interested in forming a new company LIAT 2020; if LIAT 1974 Ltd, cannot be saved.

Aviation consultant James Lynch says he favours that move – [LIAT 2020] – although he remains firmly of the view that politicians and governments should stay out of the airline business.

“I’m sorry but aviation in the Caribbean has slowly been stifled and killed off by the politicians and the aviation authority. And now we have nothing, there is nothing, this is just chaos. My [personal] suggestion directly to Gaston Browne was to let LIAT 1974 Ltd, go – if he wants to start LIAT 2020 – I have already provided him with two sources of investment. The conditions are no political interference and the investor has majority shareholding.

“I’m sure he won’t like that but if he wants LIAT 2020 right now, he can re-employ at least half of those LIAT employees in Antigua, and maybe take on some of the employees throughout the system and he can get re-elected again. But right now, they are cutting his hands off and cutting his head on all of the call-in programs in Antigua and the nearby islands; and he has nothing to win by pursuing Mia Mottley and Ralph Gonsalves to keep LIAT 1974,” says Lynch.

Prime minister Browne is looking for support to back his plan to reorganize LIAT 1974 Ltd, has also written to major shareholders Mottley of Barbados and Dr Gonsalves of St Vincent and the Grenadines asking them to attend a final meeting to discuss his proposals for reorganizing LIAT. 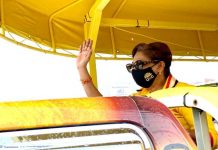 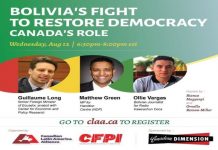 No athletics in St Vincent and the Grenadines for 40 days

Countries of the Americas to jointly negotiate public purchases of materials...