Partnership will plant 25,000 trees in U.S. forests within the next year

LINCOLN, Neb.–(BUSINESS WIRE)–The Arbor Day Foundation is partnering with NBCUniversal for the 14th consecutive year to plant 25,000 trees in forests where they are needed most around the United States. The partnership will be highlighted as part of NBC’s two-hour “Christmas in Rockefeller Center” special airing live Wednesday, Nov. 30 at 8 p.m. ET/PT. 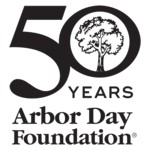 “Trees are our nation’s noble protectors, doing so much while asking for so little in return. Partners like NBCUniversal, who understand the true value of trees, enable the Foundation to make real, meaningful impact on a global scale,” said Dan Lambe, CEO of the Arbor Day Foundation. “A tree can be hope for a better tomorrow, and planting more of them can help solve some of the biggest issues facing people and our shared planet.”

Tree plantings in forests of need, like those supported by the NBCUniversal partnership, help clean rivers and streams, improve wildlife habitat, support biodiversity and slow climate change. According to the U.S. Forest Service, America’s forests capture and store about 16 percent of the nation’s annual carbon emissions each year.

The Arbor Day Foundation, the world’s largest membership nonprofit organization dedicated to planting trees, celebrated its 50th anniversary in 2022. In those five decades, the organization has helped plant nearly 500 million trees in more than 50 countries around the world.

The Foundation recently announced a goal to plant 500 million more trees in the next five years, focusing its efforts in neighborhoods and forests of greatest need.

Learn more about the Arbor Day Foundation and its work at arborday.org/atreecanbe.

About the Arbor Day Foundation

Founded in 1972, the Arbor Day Foundation has grown to become the largest nonprofit membership organization dedicated to planting trees, with more than one million members, supporters and valued partners. Since 1972, almost 500 million Arbor Day Foundation trees have been planted in neighborhoods, communities, cities and forests throughout the world. Our vision is to lead toward a world where trees are used to solve issues critical to survival.

As one of the world’s largest operating conservation foundations, the Arbor Day Foundation, through its members, partners and programs, educates and engages stakeholders and communities across the globe to involve themselves in its mission of planting, nurturing and celebrating trees. More information is available at arborday.org.