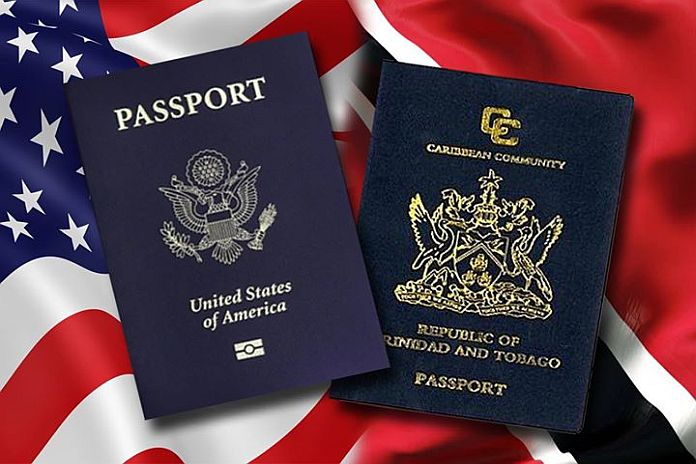 As the Naparima member of parliament, I reiterated calls by the political leader of the United National Congress (UNC), Kamla Persad Bissessar, for the Dr Keith Rowley administration to take immediate steps to de-escalate tensions with the United States of America.

Unless this is done the inevitable outcome will be to invite targeted sanctions against himself and senior administrative officials including Stuart Young, Moses and even chairman of PARIA, Newman George. Hopefully not on Trinidad and Tobago. And Dr Rowley, Young and Moses will have no one else to blame but themselves if this occurs. The attorney-general has excluded himself. He is on record as saying that he did not vet the contract involving the alleged sale of fuel to Venezuela.

We are headed for a confrontation. Someone has to back down. According to Article 25 of the Rio Treaty we can leave. It will take two years.

The UNC has repeatedly advised Dr Rowley to de-escalate tensions on Venezuela with the US, Canada, and the UK since these will affect our trading relations, access to foreign direct investments, tourism, remittances, and banking arrangements.

If Dr Rowley continues on this ill-advised course resulting in sanctions, then these should be placed not on the entire country (as Dr Rowley would have us believe) but on the individuals responsible.

Trinidad and Tobago joined the Rio Treaty and the OAS in 1967 for security cover given that the US base at Chaguaramas was closed in that year and since Cuba was actively exporting revolutionary initiatives, to avoid diplomatic isolation given that all Organisation of American States (OAS) members except Mexico in 1964 indicted Cuba for regional aggression, to influence regional developments which Williams spoke about in our parliament in February 1967, and for accessing loans from regional institutions as the IADB.

These reasons in various incarnations are valid today. Trinidad and Tobago is regionally isolated at the OAS from 16 important regional economies including the US, Brazil, Chile, Peru, Colombia, Guatemala, and the Dominica Republic.

Regarding our security arrangements, what happens if a future Guaido government in Venezuela which is on friendly terms with the US adopts an aggressive posture towards our maritime boundaries and our fisherfolk? To whom will we turn? Can the OAS and the Rio treaty not be very relevant in those circumstances?

The UN, being slow-moving and given its veto arrangements with the Security Council, cannot be relied upon to act with the requisite urgency.

What happens if Guyana falls victim to enforced Venezuelan territorial ambitions in the Essequibo region and we are outside the Rio Treaty and the OAS? We will be of no help.

Diplomacy is not about being legally right, or about winning a shouting match, nor about heeding ivory tower musings from sundry university lecturers. It is about pragmatic, cold headed, focused, and nuanced advancement of our national interest in the global arena. Sometimes, like Eric faced in the 1960s, it means making the best choice among bad options.

Unlike Williams in 1967, Dr Rowley, Young and Moses are not yet ready for the global stage.

Who would repay Petrotrin’s massive loans?

Green economy recovery – The Water Industry’s role in building a...