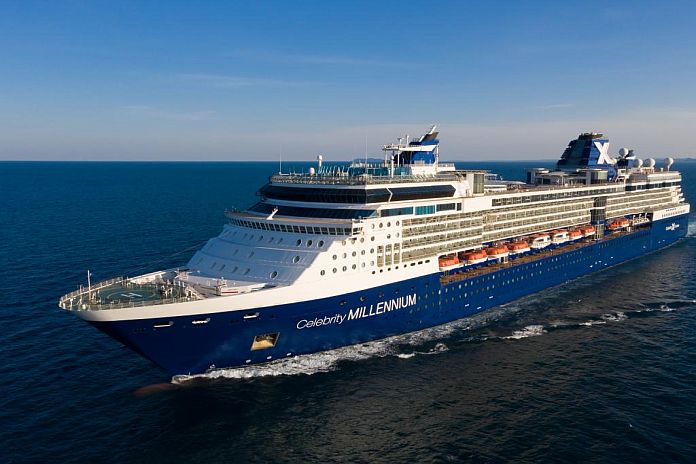 BRIDGETOWN, Barbados (BGIS) — Barbados is preparing to welcome back cruise ships to its shores from Monday, and all persons on the cruise ship will be 100 percent vaccinated. Cruises will have rigorous protocols in place for disembarking passengers and bubbled tours will be implemented to secure the safety of all.

This was disclosed by minister of tourism and international transport, senator Lisa Cummins, Saturday evening, from Ilaro Court, who shared: “We are preparing… to welcome back for the first time in over 15 months cruise ships to Barbados. We have the Celebrity Millennium that will be making a transit call on Barbados on Monday. She will arrive in Barbados at approximately 11:00 in the morning.”

She continued: “It has been over a year of discussions, negotiations, and engagement at the level of the Centre for Disease Control (CDC), the European Union (EU) healthy sail guidelines, working through the Americas Crews Task Force, … chaired by the president and chief executive officer of Royal Caribbean, Michael Bailey, and prime minister of Barbados.”

Senators Cummins pointed out that a number of protocols are in place and all passengers are required to have a valid negative PCR test three days prior to arrival.

“There is testing that is going to be taking place on board the ships that will make sure that people are continually kept safe, but there are multiple different scenarios, and we want to spend some time just talking you through what that looks like. So, everybody’s comfortable that we have been robust and rigorous in the assessment of what the parameters need to be, what the risk is going to be, what risks are going to be posed, and what measures need to be put in place,” she stated.

The minister also outlined the plans that have been put in place to receive cruise ships and passengers.

“There are at least three different types of parameters that we needed to consider for cruising …  People are going to be flying in; they’re going to have to meet the requirements first for boarding an aircraft, which would be a negative PCR test before they land in Barbados, and they’re taken via sterile corridor directly to the port, where they then have to be subjected to further screening in order to embark on the ship, which is homeported here in Barbados,” she said.

Cummins explained what are bubble tours. “What that means is that we’re restricting what types of activity can be undertaken at this stage because despite our best efforts, and despite the level of rigour that we have put into developing these protocols, this is still the first ship. We need to take small, confident but careful steps.”

She added: “I want to give Barbados the assurance that in collaboration with the ministry of health, with all of the partners involved in this process, every single protocol is going to be followed, but most importantly, you are dealing with 100 percent, fully vaccinated cruise passengers.”

One in every three women in Grenada will experience intimate partner...