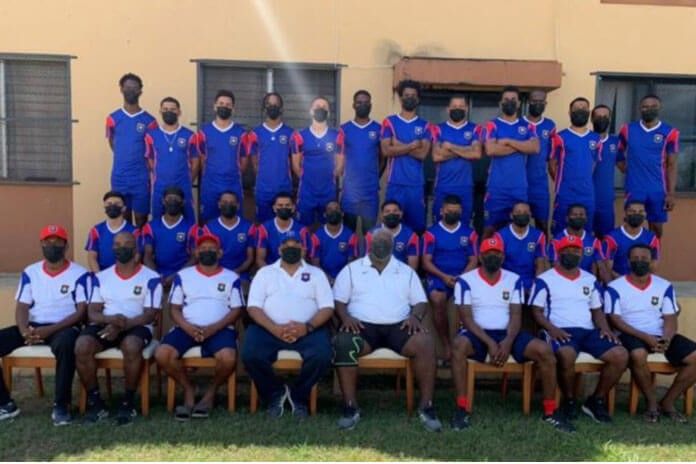 I am a former football player who was born and raised in Dangriga town. I come from an area called Logan Field which is situated right in front of my family home in the heart of Dangriga. This area produced several great football players for Dangriga selections and the Belize national teams. In the 1960s the government made a bad decision when they constructed a reservoir on the field. Since then, football is no longer played there.

When I was growing up in Dangriga, every section of the town had their own football team and there were ongoing competitions among ourselves. The Wyhima Boys from the burial ground area were our biggest rivals and we had regular tournaments against each other. We were self-sponsored, had no uniforms, boots, sometimes balls to play with, no sponsorships and no coach. In addition to playing for our community teams, some of us were selected also to play for our primary school and high school teams. I played with several players but the four most prominent national players were Anthony Garincha Adderly, Philip “Buck” Palacio deceased, Roy “Brazilian” Velasquez and Nolbert Moss.

The first time we had a coach in our lives was when we attended Sacred Heart School and Roy “Pele” Ellis became our first coach. In our first two years with Sacred Heart School, we won the Dangriga Primary School Competition championship two years consecutively. I also played football with Garincha and Brazilian for Austin High School, before I left.

Our games were played on Thursday evenings and many times, we had more people watching our games than the Stann Creek District Competitions Football games that were held on Sundays. Ramos use to write the games on the newsboard he had in front of the Dangriga Police Station. He prepared the field, hired referees, solicited for trophies and did everything by himself. I heard some people saying; look at “Kiwi” with his “One Man Football Committee”. When the stadium was built in Dangriga they decided to name it after him. I left Dangriga many years ago. I congratulate all those individuals who made this wise decision, to name the stadium after Carl Ramos because he earned that respect and deserves this honour. Not only was he involved in Primary School Football but with the adult football competition as well.

I am giving all this history because in my honest opinion, these were the things that contributed to Belize having talented, skilled and experienced football players in Belize up until the mid-1980s. Over the years in Belize, they have gotten rid of regular Primary School, High School and Inter-District Football competitions and this is why the quality of football play and players has diminished in our country. The Belize football league has and is spending millions of dollars to improve the quality of play and players and it has not happened.

The question that we must all ask ourselves is; Why when we had less money and resources invested in football, we produced better football players and they were playing better football?

I know, love, played, coach and have a deep passion for this sport. Plus, I lived, played and coached football while I was in the US Army in Germany. I found out why they have won several World Cups and that is because they have a system to develop players from childhood to adulthood in all their schools up to the college and University level. They also have two leagues one like our Inter-District League and the other a Professional League. All the things I discussed help to sustain their football system.

Belize need to establish; Children Tournaments, Primary School, High School, Inter-District, College, University and Professional Football Competitions. Then set up a system to monitor the training, development and selection of players to build a National Youth Football team with 16-years old boys and girls. Every four years we have a World Cup competition. These players will be our future International Olympic and World Cup Players so we must prepare them from young. Once our national teams are established, we must always monitor the selected players performances.

The worse feeling for any national player is to be rejected from his country’s national team and to see his team lose because he or she was not given the opportunity to help his country’s team win. I believe that if our people and government come together and demand these things from the Belize Football League, we will have a better chance of reaching the World Cup within ten years. Many years have gone by without these needed items in our system. If not, we can just keep on dreaming and hoping but our dreams will not come through.