It is said that just before COVID-19 lockdown, there was a United Nations cocktail party in Port-of-Spain. The Mexican ambassador walked over to a group of guests and asked, “Pardon me Gentlemen, but what is your opinion of the meat shortage?” The American ambassador, scratched his head quizzically and asked, “What’s a shortage?” The Indian ambassador thought for a moment and replied, “What’s meat?” And the Trinidad minister of national security, completely stunned, asked loudly, “What’s ‘pardon me’?”

Even if you’re just a minister but your status demands fraternizing with diplomats, you should at least try to learn and understand their language enough not to embarrass yourself or your country. The essence of diplomacy is communication and you have to be careful and clear on what not to say. Misunderstood words led to the dropping of the Atom Bomb on Hiroshima in 1945. The allies sent Japan a document threatening prompt and utter destruction if the country did not surrender. The Japanese reply included the word “Mokusatsu” which is derived from the Japanese term for “silence”. The media, instead of reporting that the Japanese were “withholding comment”, said the Japanese response to the ultimatum was that it “was not worthy of comment”. Eleven days later, the bomb dropped.

As the great American humourist, Will Rogers, said, “Diplomacy is the art of saying ‘Nice doggie’ until you can find a rock.” There are a lot of other pertinent definitions for the impertinent. Diplomacy is “the art of nearly deceiving all your friends but not quite deceiving all your enemies.” Some are even more forthright. “Diplomacy is lying in state.” An Indian diplomat, K.M. Pannikar, advised, “If an ambassador says yes, it means perhaps; if he says perhaps, it means no; if he ever said no, he would cease to be an ambassador.” Other definitions include, “A true diplomat is someone who can tell you to go to hell in a way that makes you look forward to the trip”, “Diplomacy is letting someone else have your own way” and “A person who can step on someone’s toes without spoiling the shine of their shoes.”

The British have refined the language of diplomacy into an art-form. When British diplomats tell you, “I hear what you say”, they mean, “I disagree and do not want to discuss it further.” Worse, “With the greatest respect”, a phrase that the present Trinidad minister of foreign affairs must hear often, means, “I think you’re an idiot”.  When the response is, “Very interesting” you’re actually being told, “That is clearly nonsense.” When they are at their most urbane and tell you, “Correct me if I’m wrong” what they really mean is, “I’m right. Don’t contradict me.”

The truly powerful and civilized diplomats never betray anger or disrespect. One of my favourite examples is how a Chinese ambassador in Australia dealt with a truly insensitive comment by the Australian foreign affairs minister, Senator Gareth Evans. The governor of Hong Kong had complained that his pet dog was missing and Evans promptly advised the governor to check the nearest Chinese restaurant. He made the suggestion worse by adding, “They’ll turn it into hors-d’oeuvres for Deng Xiaoping, who I am told eats four puppies a day.” Until he retired in 1993, Deng was the paramount leader of the Republic of China. Instead of getting angry and blasting the minister, the Chinese embassy responded with, “We are unable to comment on Deng’s culinary habits, but four puppies a day seems a little excessive.”

This is diplomacy at its best. Then there is the story about the time the former British prime minister Harold Macmillan paid a social visit with his wife to the then French president, Charles de Gaulle. At the end of dinner, Macmillan turned to Madame de Gaulle and asked politely what she was looking forward to in her retirement. Quick as a flash the elderly lady replied, “A penis.” Macmillan, a true diplomat, had been trained all his life never to appear shocked, but even he was a bit taken aback. After he drawled out, “Don’t have much time for that sort of thing nowadays”, there was an embarrassed silence which, fortunately, the president broke by murmuring to his wife, “My dear, I think the English don’t pronounce the word quite like that. It’s ‘appiness.”

There are many other embarrassing diplomatic gaffes even by the best of politicians. At the 2011 G20 summit, French and US presidents Nicolas Sarkozy and Barack Obama insulted Israeli prime minister Benjamin Netanyahu in what they thought was a private conversation. Unfortunately, their mikes were still on. Some members of the press heard Sarkozy say, “I cannot bear him. He’s a liar.” Obama replied, “You are fed up with him, but I have to deal with him more often than you do.” In 2008, Italy’s prime minister, Silvio Berlusconi, praised Obama as “young, handsome and tanned” and in 2008 compared European Union regulations with what “mosquitoes do on elephants’ backsides, with little result but annoying all the same”.

This might perhaps be the best way to describe the impact of recent diplomatic gaffes by the Trinidad government. It started with minister of national security, Stuart Young, who publicly criticised CARICOM partner and neighbour, Barbados. Young then triggered a first for Trinidad and Tobago’s diplomacy when his disclosure in parliament of what was supposedly said in a conversation with the American ambassador caused the embassy to issue a news release clarifying the discussion. One of my fishing friends commented, “Tony, boy, in Guyana a ‘gaff’ is what Trinis call ‘old talk’ or ‘small talk.’ In fishing a ‘gaff’ is a pole with a sharp hook on the end that is used to stab a big fish to bring it into your boat. But Stuart Young mistakes too big for a gaff, it more like the harpoons in Moby Dick.”

Now Trinidad and Tobago is using strong language to defy the Americans, insisting that it is not bound by a Treaty which the US contends irrevocably commits all the parties who signed it, whether or not they voted in favour of any specific measure.

There is an African saying that when elephants fight it is the grass that suffers most. In this case, Trinidad and Tobago, already catching its grass, need to watch it. Worse, given the size of its adversary, diplomacy demands that instead of reaching for a rock and saying, “Nice doggie”, it should find a really huge one to hide behind.

*Tony Deyal was last seen repeating a secret cable sent from Armenia to Syria, “If we attacked Turkey from the rear, do you think Greece will help?” 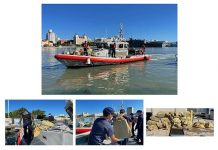 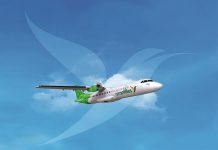 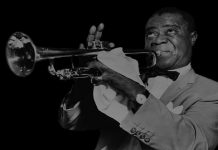