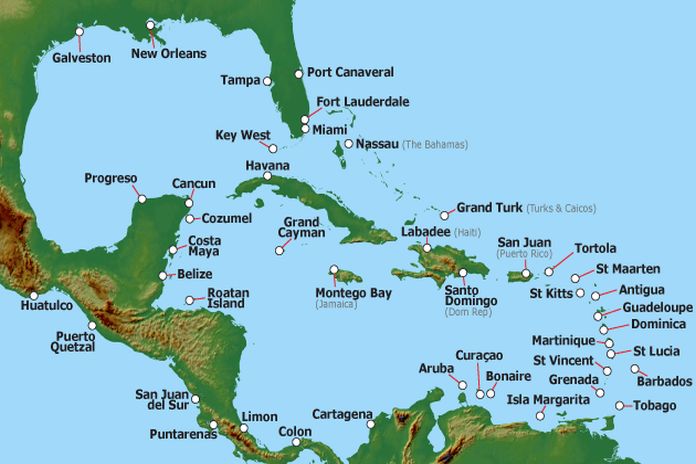 Should history should be made compulsory at Caribbean schools?

It’s a question I’ve always answered in the affirmative during the many decades I’ve painfully witnessed the ongoing drainage of Caribbean Brains as students increasingly sideline history in favor of subjects for other skills they can only pursue outside the region.

Given the region’s history and lower levels of development since most former European colonies in the Caribbean Sea gained independence in the past five decades, such a call is long overdue.

Caribbean Community (CARICOM) nations sought to half-heartedly address the Brain Drain by requiring students on government scholarships to return and repay through ‘bondage’, but in most cases, they either migrate immediately thereafter or move into private practice with no sense of personal obligation to national development, which they always tend to readily see as ‘government’s job’.

But regional records show a continuing steep decline in the number of students choosing history for CAPE, CSEC and CXC exams, to the extent that it’s become an endangered subject needing urgent rescue to avoid extinction.

Not that regional education planners have been ignoring the need to upgrade the Caribbean History curricula, just that it’s happening too slow, especially when there’s so much catching-up to do.

Sadly, Caribbean students still don’t know so much about Caribbean history, most of which, over five centuries, has been written and shaped by Europeans, or by West Indians living in the colonizers’ image and likeness.

Consequently, the likes of me learned to draw maps of Australia, Britain and Canada for Geography and tales about ‘Tarka the Otter’ for English Literature at St Mary’s College without ever being taught the shape of neighboring Martinique, what is a mongoose, or who were Saint Lucia’s First People.

Likewise, five decades into Independence, Caribbean students are still yet to learn about the role of Haiti in world history and its role in starting the end of trans-Atlantic Slavery.

Or that Kwame Ture, who helped spark the Black Power revolution alongside the original Black Panthers in the USA, was married to popular South African singer Miriam Makeba, later established the All-African People’s Revolutionary Party (AAPRP) and died in Conakry, Guinea was a Caribbean man from Trinidad and Tobago originally named Stokely Carmichael.

Or that the estimated 800,000 Garifuna people (so-called Black Caribs) spread along the coasts of Belize, Guatemala, Honduras and Nicaragua (and the untold numbers in the USA, UK and the Caribbean) have their original roots in St Vincent and the Grenadines.

Or that a multilingual Caribbean man (Saint Lucian lawyer John Quinlan) solely represented former African slaves and their descendants across the British colonial ‘Empire’ before Queen Elizabeth I’s Royal Commission on Reparations in 1887.

Or that there is a library in Ghana named after Trinidad and Tobago’s George Padmore and another in Tanzania dedicated to the memory of Guyana’s Walter Rodney.

Or that Dominican jurist Telford Georges was the first chief justice of Tanzania.

Or that the first Black president of the Borough of Manhattan in New York was also a Caribbean man named Hughlan Jack.

Or that London’s Notting Hill Carnival was started by a Trinidadian named Claudia Jones.

Indeed, sloth in learning to appreciate the fullness of Caribbean history is nothing new: CARICOM heads of government not until 2020 – 81 years later – adopted W. Arthur Lewis’s template for Caribbean Reparations outlined in his seminal work ‘Labor in the West Indies’ (1939).

So, point repeatedly made, I don’t think there is much elasticity for those who claim that when early progressive West Indian intellectuals like Williams and Lewis stormed the British colonial establishment from within in the first half of the 20th Century, it didn’t amount to much.

It is against this background that Caribbean students today desperately need to be taught our history – just like we were taught to read and write in English, French, Spanish and Dutch and to cram European and American history to pass exams.

Ditto why the region should welcome the call by three prominent Trinidadians for history to be made ‘compulsory’ across Caribbean schools.

UWI Professor Emeritus Winston Suite and fellow early UWI St Augustine campus students Khafra Kambon and Aiyegoro Ome – who were arrested, detained and jailed during the national protests that led to declaration of a state of national emergency by Dr Williams on February 26, 1970 – this past Thursday together called for Caribbean history to be saved from extinction from the syllabi.

The three, who did not necessarily agree though on the same side during the Trinidad and Tobago protests that almost resulted in regime change eight years after Independence, presented on February 25th – the 52nd anniversary of ‘1970’ – at the fifth in a monthly series of History Lectures to Caribbean Schools jointly hosted by Saint Lucia’s National Reparations Committee (NRC) and coordinated by The UWI’s Center for Reparations Research (CRR).

The online series, started in August 2020 and broadcast directly to Caribbean schools through the UWI Open Campus, aims to help secondary students preparing for CAPE and CSEC exams.

The three grey-haired and white-bearded presenters encouraged their contemporary heirs and successors on school benches across the region and following on devices at home Under COVID Lockdown to undertake independent research to learn more about those events and personalities that changed Caribbean history and impacted the world over time.

But perhaps the best reason to explain why Caribbean history should be compulsory is that it took 52 years for most Caribbean students today to learn about the closest Trinidad and Tobago came to a revolution.