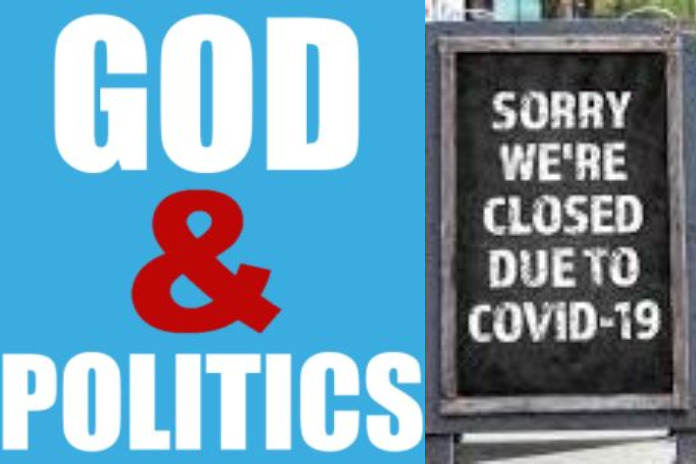 Last week, an opposition candidate for the 2021 general elections due in Saint Lucia called for ‘A National Day of Prayer Against COVID-19’ on March 16, a date advertised just a few days earlier through a proclamation by the office of the Governor-General in The Saint Lucia Gazette when a joint sitting of the two houses of parliament would begin a new session.

I was a bit confused – a day of prayer – on a day when voters, in an election year, are supposed to be tuned-in to what’s being said and done about their present and future in the 2021-2022 budget; and the war against COVID-19 between now and 2024?

I asked myself: Will Jesus answer prayers called by politicians and not those of Bishops and Archdeacons, Priests and Nuns and congregations big or small?

I doubt it, but we’ve always been told too that ‘miracles do happen’ from time to time.

But while once upon a time such calls were okay, not so today when Christianity is no longer the only officially recognized religion in Saint Lucia and the Caribbean; and laws banning voodoo are being erased off statue books, like recently in Jamaica.

Besides, unless I’m wrong, Caribbean states are secular societies today – meaning, we have room for and must respect all religions and therefore not impose religious beliefs on others.

Not-too-long-ago, it was the norm to start the day, every morning class at school and every meeting of minds with ‘Prayers’, but today you will find parents of another religious belief – whether Muslims or Rastas or simply non-religious persons – objecting to their children having to pray to Jesus every day.

And then you have the untold and growing number of Caribbean-born sons and daughters of immigrant families of different religions – different brands and denominations of Christianity, as well as Hindu, Islam and Buddhism, etc.

I also remember another popular ruling party politician in Saint Lucia falling-out with her political leader and prime minister, accusing him of introducing ‘casino gambling’ and ‘abortion’ – and worst of all ‘stopping prayers in Cabinet …’

I also remember a Saint Lucia Cabinet minister of yesteryear being accused of absolutely refusing to sign essential ministerial paperwork authorizing facilitation of extension of a contract between the government and an officially-approved Gaming company, because the minister personally opposed ‘Gambling’.

I remember too another Cabinet minister better known for singing ‘Praise and Worship’ songs at campaign rallies before barely winning the elusive ticket for the maiden voyage to the local House of Lords.

I remember a senior government advisor in 2006 arranging for the ruling party to invite Barbadian gospel singer Joseph Niles to Saint Lucia to sing ‘Songs of Praise in Worship’ for God’s blessings for an upcoming general election, which the party badly lost anyway; the candidate he personally groomed being the first victim of the ‘resurrection’ of ‘geriatric’ former prime minister Sir John Compton.

Fast-forward a decade-and-a-half to an opposition candidate loudly condemning the national registration of voters for the 2016 general elections on a Saturday because it ‘disadvantaged Seventh Day Adventists.’

And late last year I saw the same politician, now a Cabinet minister, stand in parliament and quote an unidentified ‘quote’ from ‘The Bible’ to make a local comparison about leadership by saying (words to the effect that) ‘Moses was the son of a rich people who led poor people to the Promised Land…’

And with the election bell about to ring, old memes are again circulating of one of the island’s two major political leaders participating in different ‘spiritual cleansing’ and ‘sweeping’ ceremonies, onstage and on-the-street.

Been there, done that

I’d seen it all, especially after returning home from Guyana in 1999, where my family and I had lived for six years having to participate in Hindu, Muslim and Christian prayers (in that order) at the start of every official, formal government, political, community or activity (including my wedding) in a land where politics can be driven (and many will say ‘is driven’) by race and culture – and religion.

I know all the unnamed politicians mentioned above well enough to never question the depth of their individual beliefs in God – after all, one prayed for me and sent me a prayerful card after my May 2020 accident that landed me in a wheelchair.

Nor will I ever question their individual rights to ask others to pray.

But I have a big problem with politicians recklessly invoking God’s name to ask for more votes for general elections. Or to save us from COVID-19.

Gimme a break, folks. ‘God’ is always ‘Good’ in whatever shape or form and would never wish bad politicians for good people – or visit a virus on the world to punish the guilty and the innocent together, with absolutely no one escaping judgment.

I’m told to ‘Remember Noah and the flood’ – but at least there was some mercy and compassion for continuity of life back then and return to a new normal, which is not the case with the invisible and non-discriminatory coronavirus; and its varying new strands crossing global boundaries and borders, seas and skies, with absolute impunity.

If ‘God the Father’ also ‘always sees and knows all things, even our most secret thoughts,’ then how do I explain to my ever-inquiring grand-pickney why ‘We’ should have to pray to ‘His son’ to protect Christians from the wrath ‘His Father’ would have visited on ‘His World’?

Or to ‘Give us the government we want’ instead of what ‘He’ wants for ‘US’?

Don’t get me wrong. I used to enjoy listening to Brother Joey way-back-when, preaching in his sack-cloth with his sons on Saturday mornings in the middle of Constitution Park, quoting scriptures to show why John Compton and the United Workers Party (UWP) were ‘Simply Bad for Saint Lucia’ or remind those who accused George Odlum and Peter Josie if ‘promoting violence’ that ‘even Jesus became violent when he couldn’t take it again […] ’.

And the troublesome Sir John (who very few knew) approaching Joey from behind while in full preaching flight on a given Saturday morning, only to whisper ‘Joey Boowik’ loud enough for only the preacher to hear a nickname he despised.

The prime minister would just continue walking slowly away like nothing ever happened, while Joey mixed selected biblical quotations with select adjectives calling ‘Fire and Brimstone’ and ‘Hell and Damnation’ on Sir John (and his party) for the rest of his sermon, to the delight of those gathered.

And Peter Josie, nursing a hangover one Sunday morning, but hurriedly dressing-up to head to the Marchand Church for the 7:00 am Mass to avoid prominent Marchand resident and ruling party Mayor Joseph Desir, being seen ‘taking Holy Communion alone…’

Those were the days… but they’re now long gone.

In the Name of the Father?

Today, it’s been made clear everywhere that while religion and politics have their places and roles, they don’t always work well together.

Too much wrong has happened for too long ‘In the name of the Father’ for us to now want to continue mixing ‘Blood of Christ’ with election-day voting ink.

Like everyone else, I do pray for what I want.

For now, though, I only pray that we just leave God out of politics, if only For Christ’s Sake! Amen! 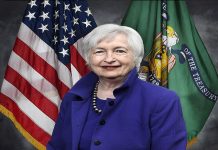