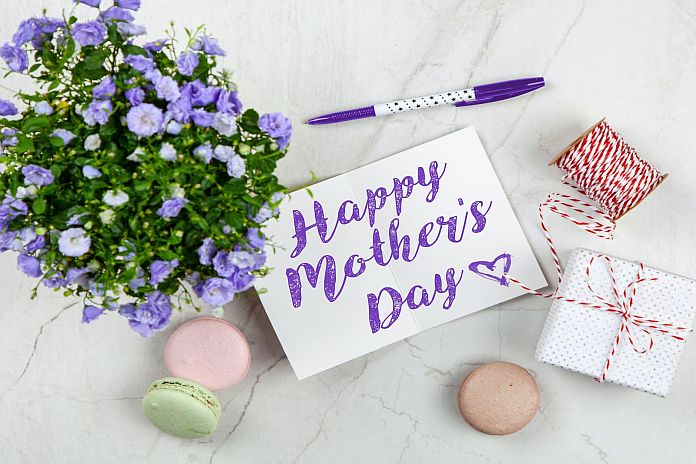 On this annual day when women’s causes take center stage on the global platform like they matter little on any other (day), I’ve opted to take a little look at a single factor that’s a common denominator in troublesome issues still affecting couples here, there and everywhere like ever: The business of marriage and divorce.

Growing up in societies where women were (and still are) treated like lesser mortals, my generation took it for granted (and still hold) that the business of marriage is nobody else’s but the married couple’s.

Caribbean Women (not all), grown-up taught by both ‘Granma’ and ‘Mama’ to ‘Always respect your husband’ as ‘The Man of the House’ (‘The Breadwinner’), generally accepted their given inferior roles, victims of ‘beatings’ just ‘taking the licks’ and enduring the pain even in apparent ‘grace’, fearing or failing to resist or fight back — and she who didn’t was deemed ‘bad’ and ‘a woman no man should trust!’

Women were beaten, kicked and slapped, even ‘thrown out’ of the house; and the few who effectively hit back, though in self-defence, were always considered unworthy of companionship — even if only out of the man’s deeply hidden fear of retaliation.

Not that the reverse never happened…

And there still are those Caribbean men living under conditions akin to being sex slaves, who also quietly endure the pain and agony of resisting — in deep silence — even the mere thought of trying to separate, for reasons ranging from ‘shame and pride’ to avoiding societal ridicule for daring to ‘complain’ about ‘too much sex…’

I remember the societal response too, to the first divorce case in Saint Lucia (in the late 60s or early 1970s) involving a successful businessman who was also a popular young politician and his equally sporty wife — two socialites considered having no money problems, but she, being described by jealous Christian peers as everything from ‘foolish’ to ‘must be mad’ for ‘walking away from the money…’

Fast forward five decades: violence against women is specifically outlawed worldwide, the reverse however categorized under the general heading of ‘spousal abuse’ or simply ‘assault’ (with or without ‘battery’).

And — like all major sports today — divorce has also graduated into big business. Not that couples only marry for money, as in some cases there’s nothing to share.

But while most divorce cases may involve allegations of infidelity, whenever there is money and valuable property to be shared, the respective lawyers’ briefs are always to secure the most for each side ‘without sawing the house in two…’

We also tend to see the joke in everything serious — and if one isn’t there, we’ll just make it up.

Take some general responses to the high-profile divorces that have taken place in the past year involving Pirate of the Caribbean’s Johnny Depp, Amazon’s Jeff Bezos and Microsoft’s Bill Gates — the latter two several times interchanging the title of ‘Richest Man On Earth’.

Many Caribbean women (rich and poor) have ‘a big problem’ with Bezos’ and Gates’ wives ‘walking away from all that money’ for any reason, fidelity be damned — and only giving ‘some credit’ after the wives indicated they were holding on to their respective shares and staying in the business they helped build.

But when it comes to the Depps, a substantial number of Caribbean men (and women) have sided with Jack Sparrow against the ex-Mrs Depp’s post-divorce efforts to pull Johnny off their screens forever.

Interestingly, neither woman has yet expressed any intention to remarry, a legal friend who thrives on Hollywood gossip assuring me that in many such cases, ‘these power couples just no longer sleep in the same bed, but when it comes to the money, it’s just business as usual…’

And she ended her WhatsApp note with a teaser: ‘Have you asked yourself why Bill Gates broke up with his wife once Queen Elizabeth became single?’

I’d already seen a related meme and just laughed at the richness of the mere thought of Her Majesty and the Microsoft King at least marrying their money, opting instead to wonder whether Princess Diana would still be alive had she and Prince Charles just been allowed to divorce within the Royal household.

Power marriages also have a way of succeeding, as in so many cases where money didn’t get in the way of love, or vice versa.But take how marriage sometimes treats politicians — and vice versa.

After US president John F. Kennedy was killed and his wife Jackie married a Greek billionaire shipping tycoon named Aristotle Onassis, the once-very-popular former First Lady was treated like she’d sold America out — and remains basically largely erased from its living history.

When Bill Clinton admitted his under-the-table connection with the young intern at the White House, First Lady Hillary was also praised by some for ‘simply sleeping alone’, and by others for ‘keeping her eyes on the presidential ball’ and creating a path to possibly be succeeded by her daughter Chelsea.

Same with Jared Kushner’s marriage to Donald Trump’s daughter Ivana — and Donald’s apparent intent (after taking office in January 2017 and long before his all-but-estranged wife Ivanka moved into the White House months later) to adopt the Clinton family’s dynastic power plan and create a new ‘Trumpire’ — with the White House effectively moving to Trump Tower.

The strangest of things have also happened involving Caribbean power families over time — from a Haitian president’s future wife insisting on a pre-nuptial condition that she reserved the right to befriend his enemies, to a husband-and-wife who shared pillows after becoming government and opposition leader in colonial St Vincent and the Grenadines.

Some Caribbean presidents and prime ministers have also experienced sweet pre-election marriages turn very sour after taking office, at least one being accused of having adopted Vladimir Putin’s formula of divorcing his wife to marry the state.

But no such bad vibes about Saint Lucia’s top power couple — the prime minister and his wife — both born into families where the money’s never been seen as a problem, he partly in line for the inheritance of his father’s inestimable fortune and she heading a powerful local legal firm not unknown to the business of doing ongoing business with governments of and investors in Saint Lucia, no matter which party is in office.

And no one knows better the value of this prime ministers wife to him, especially after he thankfully revealed in parliament last week (May 4) his eternal appreciation for her for 19 years of matrimonial support — and for being the one (‘after God’) who’s kept him alive.

It’s too early to entertain the very premature speculative questions about whether Sir John’s name has been completely scrubbed from the current United Workers Party (UWP) history, now that Lady Janice and her daughters have scrubbed off the prime ministers’ Pen Pal list and may not expect to receive ‘Happy Mother’s Day’ cards today from the office of the prime minister.

It’s also too early to speculate where the Chastanet’s may spend and celebrate their 20th wedding anniversary, elections (and lockdown) be damned.

Fact is: In politics, as in life, it’s always better to wait than to speculate, predict or pronounce on the unknown — especially when it comes to married people’s business.

Mothers will also tell you today — and fathers will admit too — that when couples decide to walk away from love, money or not, it’s never got anything to do either with parents, or grown-up sons and daughters.

Surely, the business of marriage and divorce remains nobody else’s business, solely that of only those who said ‘I do’ and then find or be given reason to renounce that used-to-be lifelong pledge.

All that said, my sincere wish is for A Happy Mother’s Day For All Moms, but especially to those who have lost sons and daughters, or who — for any of many reasons — just can’t or won’t call or visit today.

And too, to all Single Parent Mothers who won’t even get a call either, from those ‘lesser men’ who made them mothers.

To all ‘Mamas’ everywhere: Mwah!

A fine kettle of fish