● After investing in Heirloom earlier this year, Microsoft has deepened its commitment to Heirloom by signing a deal to purchase its carbon removal credits. The initial deal will see Microsoft purchase credits for delivery by 2025, with plans to pursue future purchases as Heirloom’s technology rolls out. 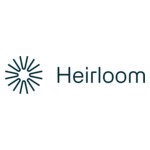 SAN FRANCISCO–(BUSINESS WIRE)–Today, a deal has been signed for Heirloom to provide Microsoft with permanent carbon removal for delivery through 2025. The companies have also agreed to explore the ongoing provision of carbon removal credits with the expansion of Heirloom’s facility deployments over the coming years. This comes after Microsoft Climate Innovation Fund’s investment in Heirloom’s Series A which closed in Q1 2022 – emphasizing Microsoft’s ongoing conviction in both Heirloom’s technology and ability to scale.

Heirloom is building Direct Air Capture facilities that permanently and cost-effectively remove CO2 from the atmosphere, with a real path towards removing 1b tonnes of CO2 per year by 2035. Their technology rapidly accelerates the natural ability of minerals to absorb CO2 from the air from a timespan of decades to days. Heirloom’s carbon removal credits are some of the most additional and durable methods of carbon dioxide removal that exist today: once removed from the atmosphere, the CO2 is stored safely and permanently underground for over a thousand years.

“Microsoft has been a worldwide leader in sustainability and we’re very excited to add them as a customer,” said Shashank Samala, CEO of Heirloom Carbon. “Their patronage and investment will fuel the scale of our technology and our ability to help the world meet its climate goals.”

To limit global warming to 1.5°C by the end of 2100 and avoid irreversible climate damage, carbon dioxide removal technologies like Direct Air Capture are an urgent necessity. The world has already warmed by 1.2 ˚C, which leaves a vanishingly small carbon budget to work with. For even the most aggressive emissions reduction projections, we’ll still need to remove 6-10 gigatons of CO2 per year by 2050 to stick to a 1.5˚C warming pathway. That’s equivalent to stopping all emissions and removing around 10-20% of global emissions annually. Direct Air Capture, of which Heirloom is one of the pioneers, will be vital to preventing the worst impacts of climate change.

Heirloom is building Direct Air Capture facilities that permanently remove CO2 from the atmosphere, with a real path towards removing 1b tonnes of CO2 by 2035. The technology rapidly accelerates the natural ability of minerals to absorb CO2 from the air from a timespan of decades to days. Founded in 2020 by the world’s leading experts in CO2 removal and serial deep-tech entrepreneurs, our automated facilities offer the most promising pathway to permanent, low-cost gigaton-scale CO2 removal.

Pathway to transparency and trust for CBI investors with Bayat Group

IMF reaches staff-level agreement with Barbados for RST program, with an...