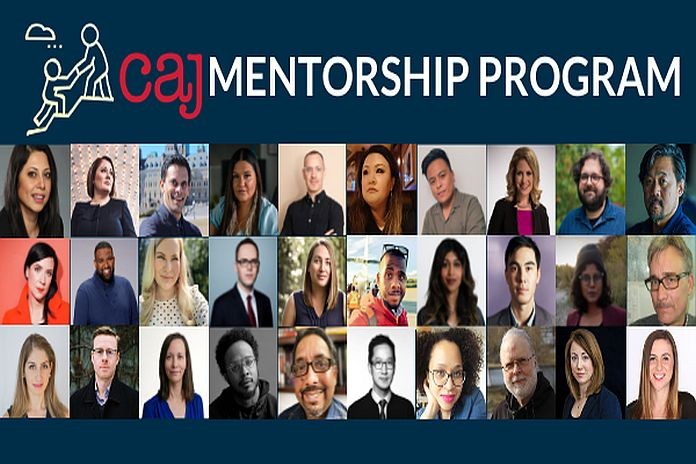 TORONTO, Canada – The Canadian Association of Journalists (CAJ) is pleased to announce a record-breaking 117 journalists from across Canada have been paired with mentors in the latest round of the Mentorship Program for Journalists.

The increase in mentorship matches for this round is due to the introduction of a new option that allows mentors to select applicants for either a one-hour conversation or group sessions, in addition to the full six-week intensive mentorship program. The reason for introducing the shorter sessions is to help as many journalists as possible with a particular issue or project, or the development of a specific skill.

The CAJ received an all-time high of 212 applications for this round of the program. Successful applicants range from journalism students to experienced reporters.

“The appetite for mentorship in our industry has been something journalists of all levels of experience have been craving for a long time,” said Brent Jolly, CAJ president.

“Transferring skills and knowledge from those who have come before is fundamental not only to the continued vitality of the craft, but also to building meaningful connections that help journalists find new pathways to success in their individual careers.”

Launched during the pandemic in autumn 2020, the CAJ’s mentorship program has helped multiple journalists find new jobs, publish impressive stories under the tutelage of their mentors, and strengthen newsroom collaboration. Mentors work in all media including radio, television, digital, and print publications from across the country.

This year’s mentorship is available here. This is the fourth time since the onset of the pandemic that the CAJ has run its mentorship program. As with the previous rounds, the CAJ will be hosting a live mentorship event for everyone who applied to the program.

The CAJ will be running the next round of its mentorship program in March 2022. Applicants who did not match during this round are strongly encouraged to re-apply. If you are a journalist interested in mentoring for the next edition of this program please get in touch with us.

The CAJ board of directors offers a deep, sincere thanks to all the mentors who are generously donating their time free of charge.

The Canadian Association of Journalists (CAJ) is a professional organization with more than 1,100 members across Canada. The CAJ’s primary roles are public-interest advocacy work and professional development for its members.