It is a valid criticism of the Caribbean Community (CARICOM) countries that they have more often failed than succeeded in coordinating their foreign policy actions.

This tendency has been displayed in the Organisation of American States (OAS) over the last three years, causing celebration among those countries that fear the voting power of the 14 CARICOM states when they act together. The belief that CARICOM states are divided has become so entrenched in the minds of other countries that one of their representatives maliciously told many delegations that Jamaica would sabotage a CARICOM resolution when it was presented for a vote at the body’s Permanent Council on December 18.

There was no truth whatsoever in the claim about Jamaica. The allegation was made to create doubt in the solidarity of CARICOM behind its own resolution.  But, the entertainment of the rumour by other countries is evidence of the belief that CARICOM is not a collective force.

On December 18, however, 13 of the 14 CARICOM countries spoke with one voice in presenting a resolution on the disturbing human rights situation in Bolivia, particularly violence against, and disregard for, the indigenous people following the installation of a non-elected government on November 12. Haiti was absent from the meeting.

Significantly, the CARICOM 13 consulted widely with other OAS member states, seeking broad consensus and accepting amendments to its draft from several countries that proclaim human rights as a major plank of their foreign policies.

However, the Brazilian ambassador to the OAS, in a most unfortunate statement during the Permanent Council meeting, accused the 13 Caribbean countries, and the five nations that supported the resolution, of not being “genuinely concerned with advancing and protecting the human rights of indigenous peoples in Bolivia”. The ambassador went on to boldly state, with not a shred of evidence to support his discourteous remark, that the Caribbean-proposed resolution, “will only serve to endorse the false arguments of certain malicious Bolivian political actors that there are racist components in the process that culminated in the departure of the previous government”.

What made the ambassador think that he had the right to make such an offensive and false statement is inexplicable. But it falls into a pattern of derisory statements he has made in OAS Permanent Council meetings, about CARICOM countries, that harm the positive and constructive relationship that has always existed between Brazil and CARICOM countries.

Research would have shown any who were ignorant of the fact that CARICOM heads of government have been at the forefront for reparatory justice not only for African slavery but also for the genocide of the indigenous people and the centuries of discrimination against their survivors. Indeed, it is an article of faith among CARICOM governments that all acts of discrimination and violation of the human rights of indigenous people, including violence and arbitrary imprisonment must end.

That is why in the wake of credible reports, including by the global media, of serious violations of the human rights of the indigenous people in Bolivia, following the forced departure of president Evo Morales, and the installation of a new regime, 13 CARICOM countries produced a resolution for adoption by the OAS.

In the drafting of the resolution, the CARICOM 13 were further disturbed by the findings of the Inter-American Commission on Human Rights (IACHR) after a visit to Bolivia. On December 10, the IACHR published a report expressing deep concerns about the human rights situation, including violence in racist and discriminatory ways. It also pointed to a wave of violence, and to serious allegations that were made of human rights violations, including arbitrary detentions and arrests, massacres and murder, wounding of the civilian population, criminalization and persecution of political opponents, and violations of freedom of expression.

The CARICOM 13 were supported by the governments of Argentina, Panama, Uruguay, Mexico, and Nicaragua.

Contrary to the view of the Brazilian ambassador, with whom neither CARICOM governments nor CARICOM ambassadors sought any fight, the motivation of CARICOM countries was fully in keeping with the often-declared position on CARICOM leaders on the protection of the rights of indigenous people.

Far from being politically one-sided, the resolution never mentioned the political turbulence in Bolivia, nor did it take any side in the internal political wrangling.  It was scrupulous in recalling both United Nations and OAS conventions that assert the right of “indigenous peoples to the full enjoyment, as a collective or as individuals, of all human rights and fundamental freedoms as recognized in the Charter of the United Nations, the Universal Declaration of Human Rights and International Human Rights Law”.

“The resolution also repeated the American Declaration on the Rights of Indigenous Peoples which, in Article XII, states that “Indigenous people have the right not to be the object of racism, racial discrimination, xenophobia, or related intolerance. States shall adopt the preventive and corrective measures necessary for the full and effective protection of that right”.

And, it urged the authorities of Bolivia “to respect, comply with, and effectively implement, all their obligations under international law as they apply to indigenous peoples, particularly those related to human rights”.

It should be noted that, while CARICOM governments want early free and fair elections, independently supervised, so that the people of Bolivia can elect the government of their choice,  every CARICOM country has chosen to recognize the current administration of Bolivia because they are the de facto government; they are fully in charge of the state apparatus. So, there is no question of any CARICOM country’s “veiled political motives” as was unfortunately alleged by the Brazilian Ambassador in a live global web broadcast of the Permanent Council meeting.

The resolution by the CARICOM 13 was carried by a majority of 18, with 4 votes against and 12 abstentions. It was a proud moment for CARICOM; for its unity; and for a clear manifestation of its commitment and determination to stand-up together for human rights for all, and for justice for those who are treated unjustly. 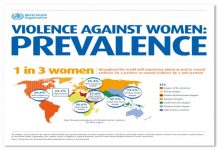 The View from Europe: Global leadership and the search for a vaccine