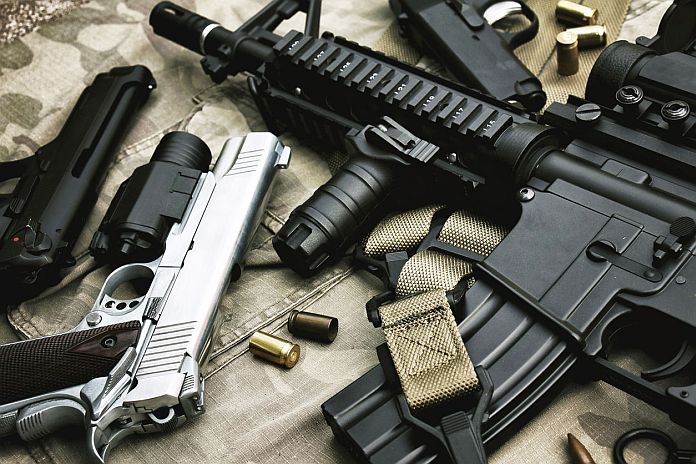 PORT OF SPAIN, Trinidad – Newly appointed minister of national security for Trinidad and Tobago, Fitzgerald Hinds participated in a meeting between CARICOM Member States and representatives of the Bureau of Alcohol, Tobacco, Firearms and Explosives (ATF) and Homeland Security Investigations (HSI), held via video conference on Wednesday, April 21, 2021.

The CARICOM, ATF, HSI meeting was chaired by Robeson Benn, minister of home affairs of the Republic of Guyana and chair of the Council for National Security and Law Enforcement (CONSLE), was attended by ministers, as well as senior officials with responsibility for national security across CARICOM Member States. Also present at the meeting was the executive director of the CARICOM Implementation Agency for Crime and Security (IMPACS), Lieutenant Colonel Michael Jones.

Discussions centered on firearms trafficking in the Caribbean and addressing the issue using a multipronged approach consisting of:

The tracing of firearms and intelligence gathering, as well as training via the International Law Enforcement Agency (ILEA) in collaboration with the ATF and HSI, were discussed.

Permanent secretary Joseph also reiterated Trinidad and Tobago’s support for the establishment of an ATF office in the Southern Caribbean.

On Wednesday April 21, a roundtable discussion was also held as an engagement between the new US administration led by US Secretary of State, Antony J. Blinken and CARICOM.

US Department of State check pulse of CARICOM foreign ministers

World waking up to vaccine equity