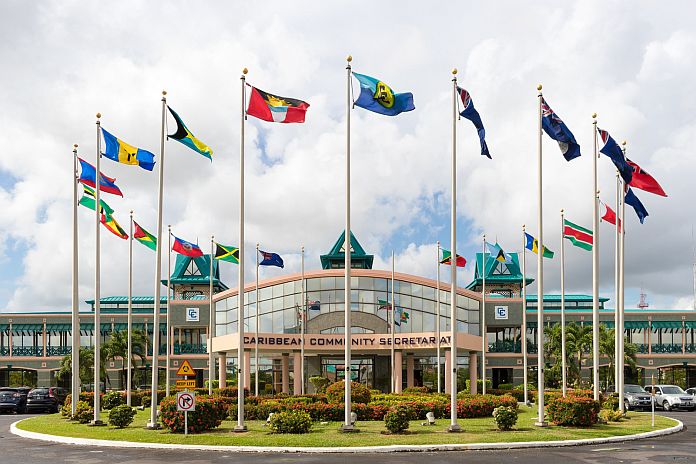 Indeed, 2020 was quite a year, but not for the reasons I assumed when writing in January of that year.

As we enter 2021 and begin to reflect on the upcoming foreign trade policy agenda, 2020 has made it clear that there is need to be flexible, adaptable and prepared for any eventuality. COVID-19 certainly rewrote, reordered and re-prioritized the 2020 agenda. It also further accelerated changes to the conduct/practice of diplomacy.

When I outlined the agenda for 2020 last year, the idea was that the members of our delegations would be flying to meetings wherever in the world they were scheduled to be held. With COVID, meetings had to be postponed or rescheduled, and the use of technology gained primacy. In the Caribbean, with the acquisition of video-conferencing equipment and improving internet service, more virtual meetings were being held. With COVID restrictions on travelling, borders closed, and remote working, it was recognized quickly that for work to continue, technology had to be better employed.

Means had to be found to have global meetings virtually across time zones. Now senior officials are meeting virtually to prepare for virtual ministerial and summit meetings held across six continents. For CARICOM countries, this could be a more practical way of engaging which allows for wider participation of stakeholders. Webinars are also enabling more voices in civil society to be engaged in the deliberations on various issues of regional interest. There is now need to further prioritize implementing the regional Information and Communications Technology (ICT) strategy.

Virtual meetings, however, will never replace face-to-face engagements and the usefulness and spontaneity of in-person consultations/negotiations.

The new working methods also have their negative side with zoom fatigue and the stress caused by the expectation of instant response/action and the requirement to be abreast of breaking news in the 24-hour cycle. The security of electronic communications is also a major issue.

So, with herd immunity from COVID-19 vaccinations still some time away, the foreign trade agenda will be executed under these new working practices and procedures into this year.

Keith Rowley, prime minister of Trinidad and Tobago, has assumed the chairmanship of the Caribbean Community (CARICOM) for the next six months. In his address to the region on assuming the chair, prime minister Rowley called for the focus this year to be on making CARICOM work, pointing out that the CARICOM Single Market and Economy (CSME) could be the primary means of the region’s recovery. Recovery from COVID-19 will continue to be the priority. The Interssessional Meeting of CARICOM heads of government will be held in February as customary. Suriname will remain the chair of the Caribbean OACPS Forum (CARIFORUM) until June.

Along with the CARICOM schedule, the foreign trade policy agenda for this year should include the following:

I note that for India, the CARICOM representation in New Delhi will be increased as Jamaica joins Trinidad and Tobago and Guyana in having resident representation. I am assuming that it is still on the cards for CARICOM to open an office in Nairobi, Kenya. The CARICOM/Africa Summit should still be on the agenda to be held in conjunction with the Commonwealth Heads meeting.

Regarding US/CARICOM relations, I hope that CARICOM will be taking up my suggestion to have a formal regional review of its US policy in preparation for engagement with the incoming Biden/Harris Administration. CARICOM also needs to examine its relationship with Canada and with Latin America and the Caribbean.

I still hold to the view that CARICOM, at the level of its Council for Trade and Development (COTED) and Heads, should be reviewing the region’s foreign trade strategy as it considers the agenda for 2021 and its future foreign trade relations. Focus on CSME implementation but foreign trade remains critical to growth and development.

Virgin Atlantic teams up with Open for Business to show economic...