GEORGE TOWN, Cayman Islands (CNS) – As information trickles into the public domain about government’s proposed cruise berthing facility, the financial picture emerging is increasingly troublesome. Activists behind the push for a people’s referendum have raised concerns about the financing issues surrounding the project in addition to the environmental ones. While the public purse is set to lose almost US$6 million per year, those working in the cruise sector will also remain below the poverty line.

In response to comments made by Michael Bayley, president of Royal Caribbean Cruise Line, one of the partners in the consortium of bidders selected to develop the cruise project, Cruise Port Referendum (CPR) activists said they were misleading on some points.

Speaking to the Cayman Compass this week, Bayley said that the Cayman Islands would not be paying for the cruise dock and that the liability was with the consortium, Verdant Isle.

But even by government’s own admission through the limited disclosure so far, the Port Authority of the Cayman Islands will lose $2.32 per head in tax concession that will go to the cruise lines.

Bayley revealed that, once the piers are built, the estimated passenger arrival number will increase from the current 1.9 million per year to 2.5 million. However, CPR said that amounts to a loss of around of US$5.8 million each year, or some $145 million over 25 years.

Calculating that the Verdant Isle Group will be re-paid in the region of $450 million over the 25 years for a facility that is valued around $200 million, the activists questioned the value-for-money.

They also queried the total indirect costs Cayman will have to bear, and whether or not the required feasibility studies on public infrastructure costs on roads, the planned George Town upgrade, the Spotts Dock improvement project, and the additional waste-management needs had been completed, and if they were, when they would be released to the public.

Without this information, the public will be going to the polls without knowing how much taxpayers’ money will be diverted from other public services to prop up this project.

In addition to these additional indirect costs that will be born by the public purse, the country will also have to deal with the impact on the infrastructure and attractions across Grand Cayman with such a significant increase in cruise passengers over the year.

Bayley said that it was up to the Cayman community to decide how much growth in cruise tourism it wanted to see. He stated that the cruise company would accept the result of the referendum with no hard feelings if the vote goes against the project, and again confirmed that the cruise lines will still call on Cayman regardless.

But he said he believed that the project would be a win-win for Cayman, although he accepted that the increase in numbers will have an impact on local infrastructure. He said, however, that it was down to Caymanians to create the businesses to handle the growth.

“It is about planning and deciding as a community what kind of tourism growth do you want,” he said. Bayley added that the overall master-planning, infrastructure, upland development opportunities and the management of the inbound tourism from the cruise business were in the hands of Caymanians.

If Baley’s passenger projections, which he described as conservative, are accurate, this will exceed by some 400,000 the estimated carrying capacity set out in the government’s Outline Business Case of around 2.1 million passengers.

Given these worrying numbers, the activists stated, “Rather than pushing Cayman beyond its natural limits, we would welcome discussions with Royal Caribbean and other cruise lines on how the cruise lines can work collaboratively with local stakeholders to ensure mutually beneficial sustainable development of the sector.”

They also raised another real concern about the limited benefit for most people currently working in the cruise sector, as the majority remain poorly paid. According to industry research, cruise industry jobs provide an average monthly income of just US$1,662 (BREA report), “which puts many people working in Cayman’s cruise tourism industry below the poverty line”, the CPR said.

Despite the cruise lines touting their support for the environment and making claims about responsible practices, this project will have a massive detrimental impact on the marine environment. More than a dozen acres of coral in the dredging footprint will be lost immediately, including world-famous dive sites Eden Rock, Devil’s Grotto and Soto’s South. Many more acres will be killed as a result of the sediment and silt from the construction and the sea will be permanently transformed from crystal-clear aquamarine waters to murky white.

“The very reefs that draw visitors to our shores and provide invaluable protection in storms have been valued at US$650 million over the next 25 years,” said the CPR activists. “Will the promised benefits truly outweigh this enormous economic, cultural and ecological loss of our natural capital?”

The campaigners also said they remain concerned that the government has still not disclosed all the information about the project, despite announcing the preferred bidder and winning design over eight weeks ago.

“It is imperative that the Caymanian people have the opportunity to make a fully informed decision at the polls in our first people-initiated referendum, which will set a precedent not only for Cayman but for all of the Overseas Territories,” they said. 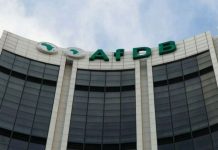