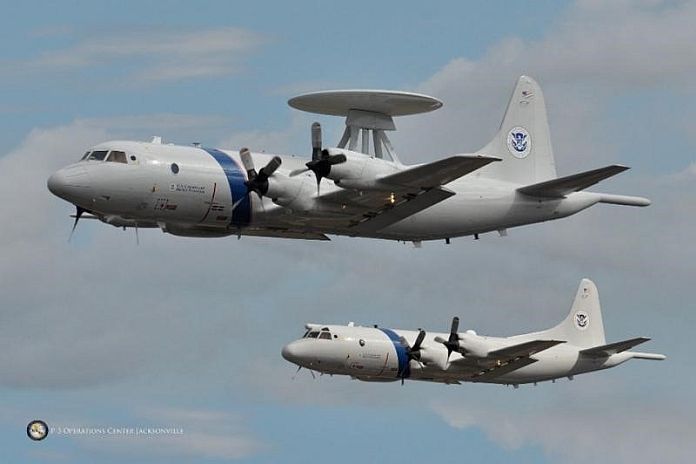 The following events occurred in the Eastern Pacific Ocean in support of US Southern Command’s (SOUTHCOM) Counter-Narcotics Operations:

NASOC P-3 crew capabilities to detect and monitor smuggling activity over vast oceanic waters continue to prove essential to law enforcement in support of SOUTHCOM Counter Narcotics Operations. On April 1, 2020, SOUTHCOM began what was then known as Enhanced Counter-Narcotics Operations in the Western Hemisphere to increase the disruption of drugs. This counter Transnational Criminal Organizations/counter-narcotics operational approach, which has become enduring, supports our objectives to degrade the capabilities of Transnational Criminal Organizations and save lives.

With our increased presence, we have bolstered support to US and partner nation law enforcement by sharing information and intelligence to help expand target packages. Since then, our key partners have been involved in over 60 percent of drug disruptions since April 2020 (up from 50% in 2019). By strengthening partnerships, we counter threats together.

AMO has two P-3 NASOCs located in Jacksonville, Florida and Corpus Christi, Texas. These P-3 aircraft operate throughout North, Central and South America in defense of the borders of the United States and to prevent attempts to smuggle persons or contraband.

AMO safeguards our nation by anticipating and confronting security threats through our aviation and maritime law enforcement expertise, innovative capabilities, and partnerships at the border and beyond. With approximately 1,800 federal agents and mission support personnel, 240 aircraft and 300 marine vessels operating throughout the United States, AMO serves as the nation’s experts in airborne and maritime law enforcement.

WHO calls for further studies, data on origin of SARS-CoV-2 virus,...