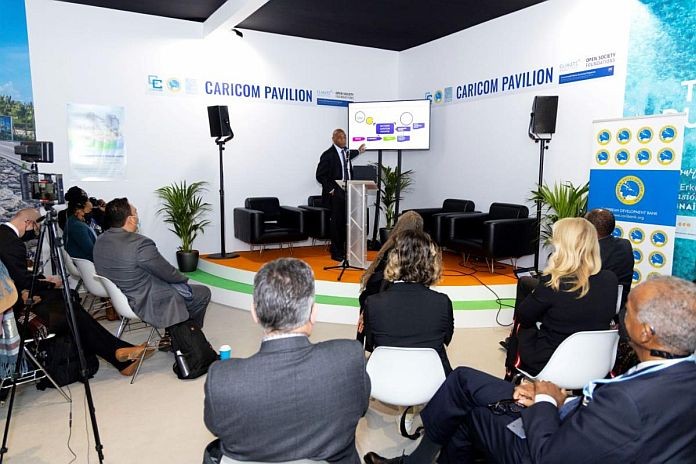 Termed the Recovery Duration Adjuster (RDA), this measurement framework better reflects the economic, social, and environmental realities of SIDS, including those in the Caribbean region. The framework is based on two key principles.

Firstly, it takes a holistic view of development needs and incorporates underlying structural weaknesses, high debt levels, and insufficient investment in resilient infrastructure as important inputs in determining the extent of a country’s vulnerability to exogenous shocks.

Secondly, it captures the duration of recovery from a shock, which provides stronger justification for accessing concessional finance to support rescue, recovery, and repositioning efforts that can build resilience and sustain overall economic development.

“A vulnerability metric for Small Island Development States should go beyond susceptibility. Although countries may face a similar likelihood of a hazard occurring, their ability to recover to pre-event welfare levels can vary vastly. The Recovery Duration Adjuster considers a 360-degree perspective that integrates the economic, social, and environmental dimensions of vulnerability,” president of CDB, Dr Gene Leon explained.

The longer duration of recovery experienced by many SIDS, which CDB calls the “resilience drag”, has implications for the overall cost of recovery and achievement of development goals and targets. For example, while the US State of Florida and the Caribbean island of Dominica may be equally threatened by the passage of a major hurricane, it will take Dominica a significantly longer period to recover because of its limited resources and lack of extensive resilient infrastructure.

Conventional measures, Dr Leon stated, that utilise gross national income per capita, do not capture this resilience drag and can provide misleading signals about the health and stability of an economy.

“The Recovery Duration Adjuster is, therefore, the means through which we can create a resilience-adjusted per capita income measure that will be a more comprehensive and equitable tool for classifying SIDS and mobilising much-needed financial resources” the CDB head stated.

Dr Leon was speaking today during a presentation on the RDA at the CARICOM Pavilion during the 26th United Nations Climate Change Conference (COP26), which is currently underway in Glasgow, United Kingdom.

CDB is refining its framework and exploring strategic partnerships for full-scale development of the system.