TULSA, Okla.–(BUSINESS WIRE)–Tulsa-based Citizen Energy announced it has closed an acquisition of substantially all of the oil and gas properties of Red Bluff Resources and Bricktown Energy with an April 1, 2022 effective date. 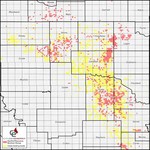 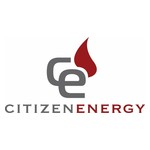 Pro forma for the acquisition, Citizen assets will consist of ~86,000 BOEPD, 720+ operated wells, 326,000+ net acres (98% HBP), and a projected next twelve months EBITDAX of ~$750-$800 million. Citizen expects the acquisition to be highly accretive to shareholder returns and set Citizen on a trajectory to become one of the top private producers in the U.S.

Concurrently with the acquisition, the Company announced the closing of $250 million of Senior Secured Second Lien Notes (the “Notes”) on June 29, 2022 maturing on June 29, 2027. The Company used the net proceeds from the Notes to fund the acquisition and to pay down borrowings under the Company’s revolving credit facility. The Company secured financing for the transaction from certain private funds managed by EIG, an institutional capital provider throughout the energy value chain.

The Company also announced an amendment to its senior secured revolving credit facility with JPMorgan Chase Bank, N.A., as administrative agent, and a syndicate of 14 lenders. The borrowing base and elected commitment amounts under the facility has been increased from $850 million to $1 billion in connection with the acquisition.

United States Electric Vehicles and the Smart Home Consumer Report 2022: Charging and Usage Habits of Owners, Purchase Intention for Non-owners, and Barriers to...

Money mules play a key role in the criminal cycle

Low-income houses at Great Diamond on track to be completed for...

US commits US$2M for creation of cyber centre of excellence