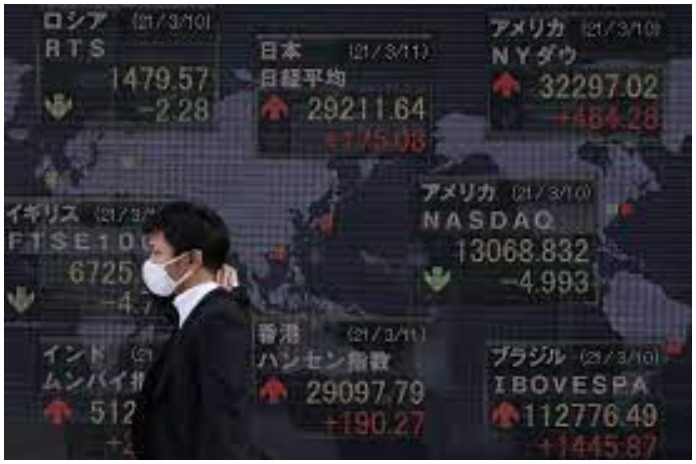 Compounding the fallout of the US-China trade war, the global pandemic and recession have caused considerable speculation on the future of foreign investment and global value chains (GVCs). But though there is likely to be some permanent change, it will probably not be as great as politicians expect.

The United States is alarmed at China’s technological advance. It has instituted a range of restrictions on sales of high-tech products to China and Chinese investment in the United States, and is heavily taxing imports from China. These measures were introduced by the Trump administration and are under review by the Biden administration — but most of them will likely remain in place, reflecting a bipartisan distrust of China.

China, in turn, has doubled down on industrial policies aimed at generating domestic innovation and limiting technology imports. The pandemic caused temporary global shortages for medical equipment, raising concerns about dependence on imports for key products and leading to calls for increased domestic production of these items.

Despite these disruptions, some aspects of trade and investment held up strikingly well in 2020. US import prices were down only 1 percent despite world GDP dropping 3.4 percent, probably as a result of US economic stimulus measures. US trade data shows only a small decline in imports from China (3.6 perccent), despite 25 per cent tariffs and a sharp recession — Americans clearly still want Chinese electronic products, medical equipment and protective gear.

One flow that has been disrupted is China’s outward investment into advanced economies. China had been using high-tech acquisitions in the United States and European Union to enhance its own firms’ technical capabilities. Both jurisdictions have tightened security screening and investment restrictions, reducing the inflow of Chinese direct investment by 50 per cent between 2016 and 2019. Meanwhile, Chinese direct investment into the four largest ASEAN economies increased by nearly 50 per cent over the same period. It is now on par with Chinese investment into the United States and European Union.

Interestingly, direct investment into China has not decreased. In fact, 2020 saw record inflows. The US government has urged US firms to leave China and ‘re-shore’ to the homeland, but there is no evidence of this happening. Surveys of American firms in China find that the vast majority are expanding there. Virtually none are returning production to the United States, as leaving would mean foregoing China’s lucrative domestic market. But while they are not moving back to the United States, about one-sixth are considering moving some production to other Asian countries, usually lower-wage ones.

The reason why GVCs have proved resilient is that they are a very efficient form of organisation. The main contribution of multinational enterprises to the value chain consists of different types of intellectual property: patents, brands, trade secrets, managerial know-how and sales networks. By one estimate, 85 pe cent of the value of the large firms in the S&P500 index consists of intellectual property. Operating globally enables these firms to use their assets in the largest market possible.

For developing countries, participating in GVCs speeds up the development process — it increases labour productivity and living standards and upgrades the capabilities of domestic firms. Naturally, each side grumbles about the bargain. Advanced economies worry that they are losing factory jobs, while developing countries bristle at being dependent on imported technology. In each case, there are domestic policies that could address the concerns.

While there are some worrying policy trends, especially US technology restrictions and Chinese nationalism, there are also positive developments. The RCEP, comprising ASEAN, China, Japan, South Korea, Australia and New Zealand, is a significant trade liberalisation agreement that should cement Asia’s place at the heart of many value chains and encourage direct investment in different directions. China has also signed a bilateral investment treaty with the European Union that opens new sectors and provides confidence in policy stability.

China will likely emerge this decade as the world’s largest economy; it is already the largest trading nation, and was the largest recipient of direct investment in 2020. Given Asia’s dynamism and the new agreements, it is likely that both interregional and intraregional investment will expand rapidly. Developing countries that can provide the complementary infrastructure, institutions and human capital will be the winners in attracting investment and benefiting from this expansion.

The one cloud on the horizon is the absence of the United States from any Asia Pacific agreements, and the risk of growing US protectionism. The United States remains the largest global economy, and joining the Asia Pacific trade and investment liberalisation would benefit both it and its partners. Furthermore, while China’s Asian partners are happy to share the economic benefits of its rise, they are nervous about China’s military advance and increasingly confrontational foreign policy. A United States that remains engaged in the Asia Pacific would be good for both the region’s prosperity and security.

David Dollar is a Senior Fellow in the John L Thornton China Center at the Brookings Institution.

This article originally appeared on EastAsiaForum on May 2, 2021.

An extended version of this article appears in the most recent edition of East Asia Forum Quarterly, ‘Reinventing global trade’, Vol. 13, No 2.