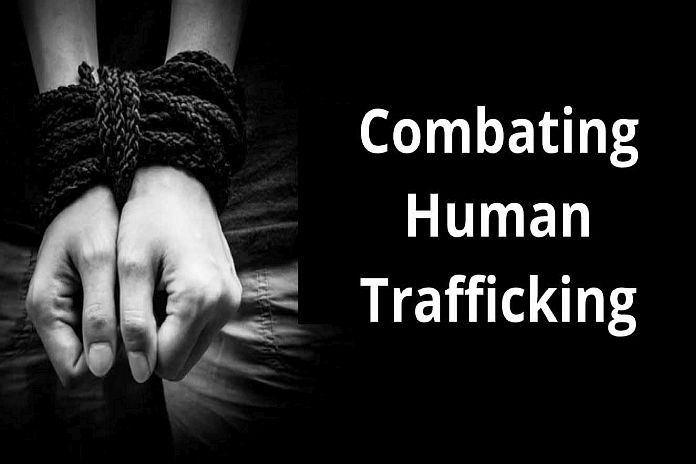 – Remarks by Secretary of the Treasury Janet L. Yellen at the President’s Interagency Task Force to Monitor and Combat Trafficking in Persons Meeting

It’s a pleasure to speak about Treasury’s role in combatting human trafficking.

As many of you know, when federal agencies train people to recognize the signs of trafficking, they often give them very clear pictures: a person with very few belongings, for instance, who may be living with their employer and is unable to speak to you alone. The idea is there are identifiable signs of human trafficking, and if we’re vigilant as we move about the everyday world, we can stop it. Well, the same holds true for the more arcane, and numbers-driven world of the financial system. We can recognize the patterns of human trafficking there, too.

The fact that human traffickers launder their money through shell companies, or cryptocurrencies, or even traditional banks is not the worst aspect of their crime, but it is often the most effective way to catch them. One of the best strategies we have for ending modern-day slavery is following the money.

At Treasury, we have spent the last six years developing the tradecraft to do just that; the expertise to recognize the patterns of human trafficking in money flows. In the past, we’ve worked with various financial institutions – hundreds of banks – pooling our information and piecing together which accounts belonged to traffickers. This way, we could lock them out of the financial system and expose their crimes.

We’ve continued that work this year in a few important ways. We partnered with DOJ, DHS, and the gaming industry, for instance, training employees at more than 400 casinos to recognize when a human trafficker is trying to launder their money.

We’ve also begun the important process of exposing who owns certain shell companies in this country. In some states, almost anyone can establish a company without disclosing “the beneficial” or actual owner. This gives cover to all sorts of criminals including human traffickers to hide their illegal gains, and until recently it would’ve been very hard to stop them. But in 2020, Congress passed the Corporate Transparency Act, which Treasury’s Financial Crimes Enforcement Network – FinCEN – is now beginning to implement. The law allows us to build a national database of who owns what shell company – something that will let us better expose and deter human trafficking.

There is one final point I want to make: I think we have an obligation not just to go after the perpetrators of modern-day slavery, but to help the victims of it, as well. This is something we’re thinking about at Treasury.

We know one of the first things these traffickers do is strip their victims of their phones and IDs, which means that when they finally gain their freedom, trafficking survivors emerge into the world with little ability to navigate it. They can’t get a driver’s license. They can’t get a bank account.

There are broad policies we’re promoting to break down these barriers. Digital ID is one. But we also have flexibility in our regulatory framework, which has allowed various banks to set up processes so that victims of human trafficking can get bank accounts and re-start their lives.

I’m hopeful that when we participate in this meeting next year, we’ll have more to share with you on this front. Thank you, again, and I look forward to working with all of you on this crucial issue.