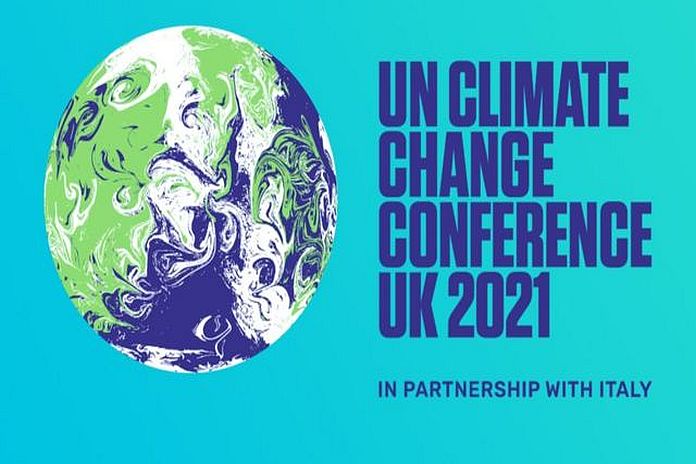 They released the following statement:

We reaffirmed our commitment to enhancing cooperation between Bolivia and the United Kingdom in tackling the causes of climate change and its adverse effects. Both countries agreed to continue to lead by example. The UK is driving forward its green industrial revolution on its path to net-zero by 2050, and Bolivia is developing a strategy for holistic and sustainable development within the framework of the philosophy of Living Well in harmony with Mother Earth.

We highlight that we have discussed the impacts of climate change and the particular vulnerability of Bolivia, and other developing countries, and we agree that COP26 should serve as the stage to make progress towards an effective implementation of the Paris Agreement, with urgent actions to protect both people and Mother Earth. In this context, we underline the urgent need to increase funding that can help developing countries promote adaptation to the impacts of climate change and the need to avert, minimize and address loss and damage. We have exchanged views on how COP26 will initiate deliberations on the post-2025 climate finance target and also on how to accelerate delivery on the Global Goal on Adaptation.

COP26 President-Designate Sharma recognises Bolivia’s commitment on keeping the 1.5 target alive and the urgent need for countries to enhance ambition. Bolivia set out its views on the “call for urgent and equitable action to stop climate collapse and restore balance with our Mother Earth,” within the framework of equity and common but differentiated responsibilities and promotion of the debate around strengthening of adaptation and improvement of capacities and means to face the extreme climatic risks faced by the most vulnerable countries in the face of the climate crisis.

Bolivia also highlighted its role in the also highlighted the role of Bolivia in the Like-Minded-Developing Countries Group. The COP President Designate noted the work of Bolivia as a thought leader in the defense of the rights of Mother Earth, as a driving country in putting the voice of indigenous peoples at the center of the climate change dialogue, as well as its leading role in establishing non-market-based approaches.

Bolivian president Arce commended the UK’s dynamic leadership of COP26 as well as of global efforts in the comprehensive implementation of the Paris Agreement, in particular in mitigation, adaptation, loss and damage, climate financing and international cooperation. He announced Bolivia’s decision to participate in the LEAF coalition to protect the world’s tropical forest and thanked the UK for its support in its application, in the framework of Bolivia’s implementation of alternative joint mitigation and adaptation approaches for the integral and sustainable management of forests approved in the Paris Agreement. He further recognised the important role of the UK’s Darwin and International Wildlife Funds in protecting Bolivia’s environment and welcomed, for analysis, the UK government-funded Energy Transition Study for Bolivia presented to him.

Finally, we highlight the discussion on the importance of achieving an ambitious and balanced negotiated outcome at COP26, and the need to work together to achieve this and secure compromise through all channels available. Finally, we agreed to continue to work closely beyond COP26.