No oil producer has been immune from the economic disruption caused by the combination of COVID-19 and the recent Organization of the Petroleum Exporting Countries (OPEC) disagreements. New producer Guyana is no exception.

Initially, the government’s share of oil revenues was projected to reach U$10 billion a year by 2030, a colossal sum for a nation of merely 750,000 inhabitants. Now, the country’s forecasted 750,000 barrels per day (BPD) by 2025 is being pushed back to 2026. While Guyana will likely fare better than many other nations, most of its original projections have largely been thrown out the window.

Although estimates vary, global demand for oil is expected to have declined 29 percent in April and is projected to fall nine percent for the year. As passengers refuse to fly, employees work from home and global industries come to a halt, oil is simply not needed as much as previous years. This type of year-over-year decline in oil demand has happened only twice in the past 35 years—in 2008 and 2009, as the world was in the midst of a financial crisis. Goldman Sachs, a leading US investment bank, recently announced that it projects a 3.8 percent GDP decline for the Latin American region in 2020, the largest crash since World War II.

The price drop induced by COVID-19, but worsened by OPEC supply disagreements, have slashed Guyana’s oil revenue projections for 2020 by nearly half. The expected U$300 million in government revenues for 2020, now all the more vital for a nation battling COVID-19 with insufficient health care capacity, will likely fall to a range between U$160 and U$190 million if not further. Guyana’s oil projections were based on U$65 per barrel for Brent crude, a price that now stands at U$30.07. If the reduced Brent crude price persists, Guyana will have to sell the remaining four-million barrels projected for 2020 at a loss.

Despite the downfall in prices, Guyana’s relatively low breakeven price and cheap production costs will ensure that the Starbroek consortium keeps pumping oil. The current break-even price is U$35 per barrel, and the second phase of development, the Liza Unity, is projected to be even lower at U$25. When compared to the US shale breakeven price at U$48-52 a barrel, or Brazil’s Mero offshore field at U$50-60 a barrel, the continued exploration and production of oil will continue to make economic sense in Guyana.

The production costs in Guyana are also low, estimated to be U$7 to U$9 a barrel for the Liza 1. This is compared to U$10-13 in the United States Delaware basin and an average of U$20 in Canada. The payback period in Guyana is a mere three years, shorter than its counterparts in the US. The cost-benefit of Guyana’s operations is reflected by the $50 billion investment expected by major oil companies by 2030.

Guyana will also benefit from the support and commitment of an experienced company such as ExxonMobil leading activities in its Starbroek Block. They have enough financial resources and trained personnel to weather the storm even as other industry players are battered by low prices and a slow recovery. In May, the company announced that it will move ahead with its deep-water probes in the Kaiteur Block, 155 miles offshore. As many companies recoil their operations as cash flow is restricted, Exxon has pushed forward.

While Guyana’s production will continue thanks to the low breakeven cost, industry experts expect oil prices to remain low for the short to mid-term horizon. Developed countries lack sufficient storage space to store oversupply, and the tail of COVID-19 looks likely to be longer than originally expected.

Therefore, for at least the first few years, the next administration will have to cope with a smaller budget than originally expected. Fortunately, Guyana has never before depended on oil revenues to sustain itself. The anticipated boom in government revenues has not been removed, only delayed.

Looking beyond the ongoing elections recount, there are several items for the next administration to consider as it prepares for an oil-based economy.

First, Guyana needs to ensure that the local business community continues to be incorporated into the day-to-day oil economy. ExxonMobil has paid U$220 million to local contractors since 2015 and employed nearly 2,000 Guyanese citizens, a trend that should continue in order to promote Guyanese development and ensure local harmony with the new sector.

Second, with the projected fall in revenues, the government must spend cautiously and focus on essential services such as hospitals, roads and education. The post-pandemic period will be an opportune moment to improve medical services for the general population.

Third, Guyana should move forward with the diversification of its economy in sectors such as industrial regulated mining and agriculture, sparing the country from the infamous “resource curse” present in several other countries.

Of course, one cannot discuss the future of Guyana’s oil industry without acknowledging the ongoing political crisis. Moving past the current political impasse is critical—this means that the election recount should be conducted thoroughly and verified by accredited third parties. The US Department of State has warned that individuals that commit electoral fraud will “be subject to a variety of serious consequences”—a clear warning sign that nothing but honest results will be tolerated.

While the nation awaits the results, the government should move forward with the approval of previously vetted field development plans. Doing so will shield Guyana from further reductions and delays to much-needed revenues. The government can do its part by keeping projects moving forward.

However, at the heart of it all, is that a transparent and conclusive transition to the next administration is fundamental to ensure that Guyana’s offshore industry is managed responsibly in these turbulent times.

Dr Remi Piet is a Senior Director at Americas Market Intelligence (AMI) and leader of the firm’s Natural Resources and Infrastructure Practice.

Arthur Deakin is an Analyst at Americas Market Intelligence where he conducts political, economic and other risk analysis activities for the mining, energy and infrastructure sectors in both Latin America and Africa. 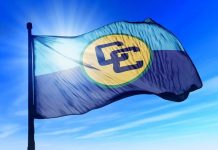