BELGIUM, Brussels (Aviation24.be) – By the end of May 2020, most airlines in the world will be bankrupt, CAPA – a trusted source of market intelligence for the aviation and travel industry – writes. Adding that coordinated government and industry action is needed – now – if catastrophe is to be avoided. British Airways CEO Alex Cruz says that today’s coronavirus (COVID-19) crisis is more serious than any previous (aviation) crisis.

As the impact of the coronavirus and multiple government travel reactions sweep through our world, many airlines have probably already been driven into technical bankruptcy, or are at least substantially in breach of debt covenants.

Cash reserves are running down quickly as fleets are grounded and what flights there are operate much less than half full.

Forward bookings are far outweighed by cancellations and each time there is a new government recommendation it is to discourage flying. Demand is drying up in ways that are completely unprecedented. Normality is not yet on the horizon.

Read full article: COVID-19. By the end of May, most world airlines will be bankrupt (CAPA)

On the morning of 22 March 2016, three coordinated suicide bombings occurred in Belgium: two at Brussels Airport in Zaventem, and one at Maalbeek metro station in central Brussels.

The second eruption in about a month threw volcanic ash several kilometres up in the atmosphere, which led to air travel disruption in northwest Europe for six days from 15 April to 21 April 2010 and again, in May 2010, including the closure of airspace over many parts of Europe

As the global economy was disturbed due to this financial crisis of 2008 so aviation being as one of the main pillars of the global economy, it also got affected. As aviation is the main source of transportation throughout the world. The crisis had deeply struck this growing industry. Due to the global financial crisis, the aviation industry had experienced negative growth. The impact of the crisis was so huge that a big number of airline companies go bankrupt and those who survived still had to face huge losses. (*)

Four passenger airliners operated by two major US passenger air carriers (United Airlines and American Airlines)—all of which departed from airports in the northeastern United States bound for California—were hijacked by 19 al-Qaeda terrorists.

Two of the planes, American Airlines Flight 11 and United Airlines Flight 175, were crashed into the North and South towers, respectively, of the World Trade Center complex in New York City.

The Gulf War was a war waged by coalition forces from 35 nations led by the United States against Iraq in response to Iraq’s invasion and annexation of Kuwait arising from oil pricing and production disputes. The airlines’ losses peaked at $4.8 billion in 1992. Analysts say the industry took about a year after the war to get back to previous traffic volumes. 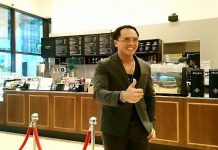 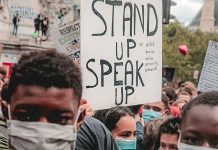 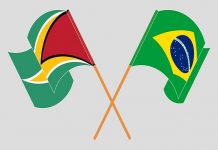