Across the world, poor neighborhoods have experienced more COVID-19 infections and deaths than wealthier ones. The pandemic and the efforts to control it have disproportionately hurt the poor, both within and across countries. Gaining a better understanding of what accounts for the disparate health impacts across income groups can help to inform policymakers on what can be done about it.

In recent IMF staff research, we build a more precise connection between wealth and health related to the pandemic. The model-based analysis shows that more widespread and rapid testing can provide vital information to better contain the spread of the virus, benefitting everyone, but especially the poor. Our research goes beyond most epidemiological models by looking at individual behavior and choices based on income, instead of focusing solely on age, gender, and other demographics.

Vaccines are likely to roll out gradually over the next months and years, but in the meantime rates of infection continue to rise in some countries at a faster rate than in the pandemic’s early days. Lockdowns, physical distancing, and mask-wearing have been the most used tools to contain the pandemic. However, cheap and fast testing can be another arrow in the quiver.

The behavior and choices that put poorer individuals on the front lines of infection during a pandemic are often the product of necessity. First, many low-wage workers are employed in services deemed essential during the pandemic (such as grocery stores and delivery services) or jobs with limited remote work options. Second, poorer neighborhoods are likely to have denser populations, which is more conducive to contagion. Third, people in poorer communities also tend to have very little in emergency savings, limiting their ability to reduce work hours to reduce their infection risks (for example, self-employed informal workers).

Wealthier individuals can lower their infection risk because they have the option of working less and limiting time spent outside their homes. The effect of these choices is dramatic. The model simulations indicate that while a little more than 10 percent of rich households ever get infected by the virus, over half of poor households would become infected over a two-year period. This is also reflected in the incidence of deaths, where the model suggests poor households are about four times more likely to die. These numbers suggest that the poor households bear the brunt of the pandemic’s health costs.

Two important policy measures can help alleviate the epidemic’s large impact on the poor until effective vaccines and therapeutics are widely available and provided to all that need them.

First, targeted income support to poorer households will directly help buffer their consumption against the large, adverse economic shock. Second, improving information on the pandemic’s spread and containment with widespread testing enhances the ability to identify and isolate new cases, reducing infection risks. The latest rapid tests are cheap—the World Health Organization recently negotiated $5 per test, and with scaled-up demand and production, prices could drop to $1 or less. Their simplicity means any household or business could use them (no medical equipment or labs needed to evaluate), without any centralized processing or recording. While a mass-testing strategy might not prevent all outbreaks, overall it could reduce the pandemic’s spread and bring it under control, especially when combined with mask-wearing, hand washing and physical distancing.

The use of testing to identify and isolate positive cases is even more effective in controlling the epidemic in countries with a higher share of poorer households. Our research shows that if half of asymptomatic infectious people were identified, deaths would be reduced by almost three-fourths within a year. Poor people benefit the most, with their COVID-19 fatality rate dropping by about three-fourths with improved massive testing, compared to a fall of about a half for the more well off.

Unlike lockdowns, better information through widespread testing unequivocally boosts the economy by lowering the risk of infection while interacting with other people. When no asymptomatic infectious people are tested and the virus spreads undetected, the drop in GDP is a staggering 15 percent in the first year for the representative economy. When the risks of infections are higher, people choose to withdraw and reduce economic activity as they are able. The loss shrinks to just 3.3 percent of GDP if 50 percent of the asymptomatic infectious are identified through testing and isolate to reduce contagion. This is achievable with a test with an 80 percent true positive rate (sensitivity) if about 60 percent of the whole population could be tested weekly.

With the potential to avoid large GDP losses and the comparatively low and declining costs of rapid tests, the returns from widespread testing combined with mask wearing are enormous. This approach could also reduce some of the inequities made worse by the pandemic, helping poor and more vulnerable households better weather the crisis. 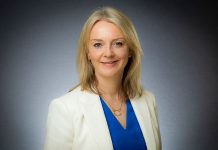 UK to host its first global LGBT conference in June 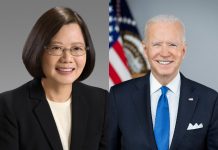 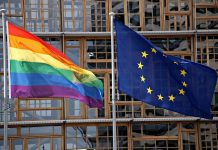 EU declaration on the occasion of international day against homophobia, transphobia... 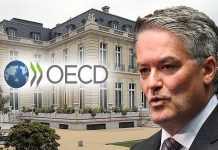 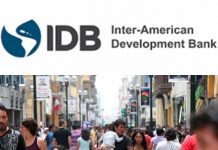 Leading health organizations recommend the use of hand dryers