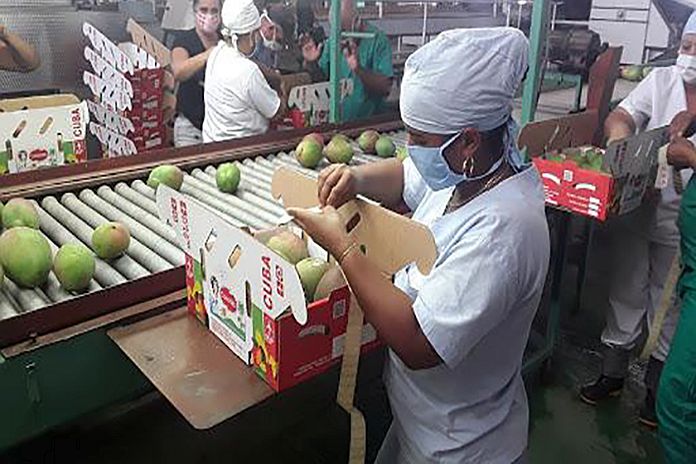 CIENFUEGOS, Cuba, (ACN) – The province of Cienfuegos will incorporate 14 new exportable items this year, despite the limitations caused by the COVID-19 pandemic and the tightening of the US blockade against Cuba.

With these new products, the territory accumulates a total of 93 goods and services for export, involving agencies such as Azcuba, Fisheries, as well as the ministries of agriculture, public health, food industry, higher education, and others, the directive pointed out.

There are also four items in development and 36 in promotion, provided by other Cienfuegos entities.

For his part, Jose Ramon Ignacio Fernandez, a specialist in foreign trade, stated that the leading industry in Cienfuegos is sugar, which currently accounts for more than 90 percent of the total value of production destined for foreign markets.

Likewise, the excellent quality of the candy is outstanding, endorsed in local laboratories, where it is noted with more than 99 percent of pool in its composition.

Vidatox 30 CH, developed by the Labiofam Business Group in Cienfuegos, is a good example of the products consolidated in this territory and destined for other countries.

Master of Science, Fabio Jesus Linares Pasos, stressed that the also called toxin of life has a high demand in 17 countries, where Vietnam and some states in the Americas, Europe and Asia are the most important ones.

As requested by the country’s top management, the foreign trade department in Cienfuegos continues its work strategy with each of the entities involved to strengthen the products according to the potentialities.