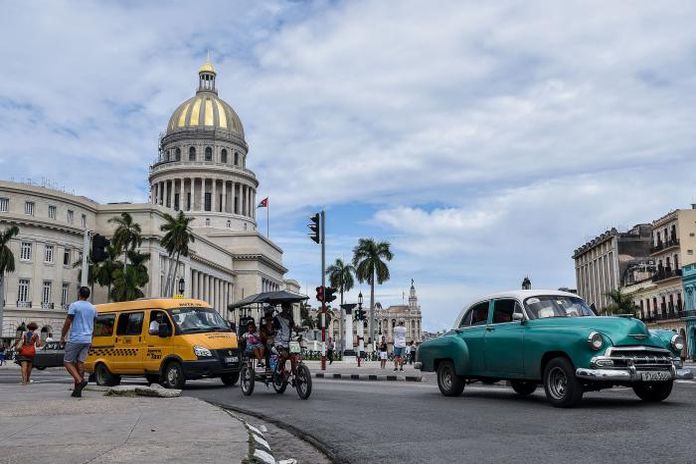 HAVANA, Cuba, (ACN) – Twelve provinces and Isle of Youth will move into the new normality Monday, under preventive measures like keeping social distancing and the use of masks, prime minister Manuel Marrero further announced the new normality includes the observance of 190 measures.

In a special TV appearance together with presidente Miguel Diaz-Canel and vice president Salvador Valdes Mesa, Marrero stressed that the new stage demands from the people responsibility and the adoption of new habits and ways of life.

He explained that except Havana that will be entering on phase III, Ciego de Avila and Sancti Spiritus will remain under epidemiological surveillance considering the outbreaks they have been lately confronting. The prime minister warned nonetheless that any territory will go back to strict quarantine if it registers a COVID-19 resurgence.

Marrero further said that the government aims to open a specialized microbiological laboratory in each of Cuba’s 15 provinces and the special municipality of Isle of Youth as part of broadening the epidemiological control program.

The new normality implies the mandatory use of masks indoor, including working and study centers, but not in outdoor where there is no concentration of people, he explained, suggesting people should better exercise outdoor better than in gyms.

Persons with respiratory or other symptoms -Marrero pointed out- are forbidden from entering working and study centers, institutions, government agencies and other public sites, and will be sent to a health center. PCR testing will continue to be done -he added- on people with respiratory symptoms, contacts of confirmed Covid-19 cases, communities at random and on those who die with symptoms similar to SARS-CoV-2 coronavirus disease.

Differently from what has been done so far, in the new normality contacts of positive cases will remain at home and not in isolation centers as it was established until now by the Cuban protocol of action to face the pandemic. Elderly people and people without conditions to carry out the quarantine will go to a specialized facility.

Marrero recalled that so far more than 115,000 people who were suspected that could have the virus had been isolated and only 4.6 percent of them tested positive to Covid-19, which allowed a better health situation in the country.

Regarding the epidemiological control on travelers, he said that 100 percent of them will undergo testing and will be kept under surveillance in their destinations.