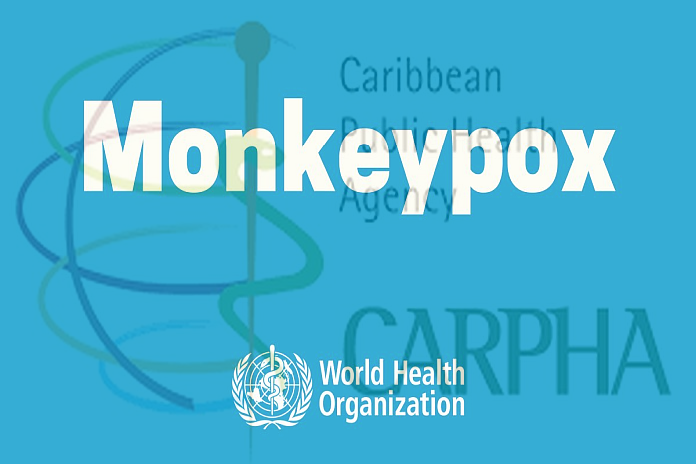 PORT OF SPAIN, Trinidad – According to the latest report from the World Health Organization (WHO), the count of confirmed cases of monkeypox has passed 700 across Europe, Australia, North America, South America, and the Middle East, where the virus is not endemic.

“To date, no confirmed cases of monkeypox have been reported in the Caribbean region. However, the risk of spread to the Caribbean region is likely as travel is returning to pre-COVID-19 pandemic levels. It is therefore important that CARPHA Member States raise awareness in frontline health workers and be on the alert for possible importation of cases so they can initiate a quick public health response,” said Dr Joy St John, executive director of the Caribbean Public Health Agency (CARPHA).

Monkeypox is not a novel (new) virus with the first case having been identified in 1970. It is a rare viral zoonotic infection transmitted from animals to humans – that usually does not spread easily between people.  This virus is closely related to the virus that causes smallpox, and vaccination against smallpox has been shown to be protective against Monkeypox. The disease spreads through close contact and is less clinically severe and infectious than smallpox. However, the current outbreak of monkeypox is of concern in that it is occurring in non-endemic countries

CARPHA has signed an agreement with the US Centers for Disease Control and Prevention (CDC) to refer suspected samples from our Member States for testing while we are in the process of procuring the necessary reagents to be able to implement molecular testing for monkeypox (PCR). Results may be received between 10-14 days after the arrival of samples at CARPHA once referred to CDC. In the interim a commercial kit, monkeypox Virus (MPXV) Real-Time PCR Kit (RUO) produced by BioPerfuctus Technologies is in transit and once received it will be verified for immediate use. If Member States have suspected cases, they should contact CARPHA for information on sending suspect samples.

Dr Lisa Indar, director of disease surveillance prevention and control urges Member States to remain vigilant for the importation of viral or other infections and monitor in country syndromic surveillance systems for increases in fever and rash illnesses. Additionally, Member States should enhance surveillance and case investigation for monkeypox; alert port health officials to be vigilant for possible cases entering the country and develop and disseminate public education materials on Monkeypox as a re-emerging zoonosis.

The availability of the smallpox vaccine in CARPHA Member States may be limited given that smallpox was declared eradicated by the WHO in 1980, and it has been more than 40 years since all countries ceased routine smallpox vaccination with vaccinia-based vaccines.

Symptoms of monkeypox include exhaustion, fever, headache, backache, muscle ache, chills, and swollen lymph nodes. If you have close physical contact with someone who is showing symptoms, you can get monkeypox. This includes touching and being face-to-face.

Dr St John advises that persons should avoid having close contact with anyone who has symptoms.

Persons should protect themselves by:

If you think that you may have symptoms or have been in close contact with someone with the virus, contact your physician for advice, and medical care.

CARPHA is monitoring the spread of the disease and the scientific understanding of prevention and control as it evolves.

Should monkeypox be identified in the region, CARPHA will test samples from suspected cases, monitor the spread and provide assistance to its Member States through the creation of tools for investigation and epidemiological monitoring, and personnel are prepared to respond in the country to assist in the investigation and control of a monkeypox outbreak, should the need arise.