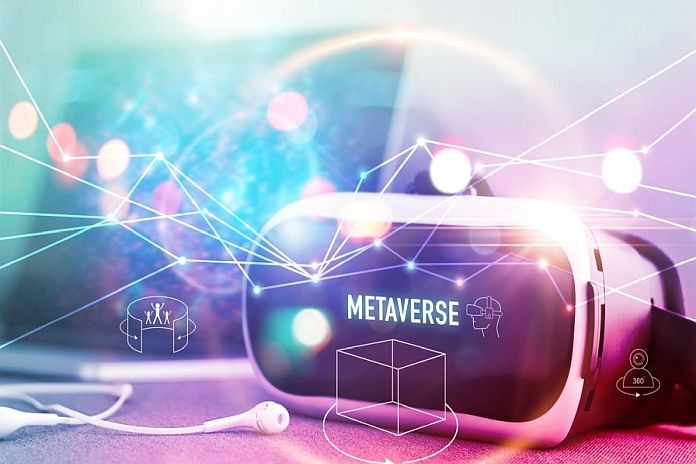 The metaverse may be but a small portion of the overall retail landscape at the moment, but brands and marketplaces are already setting up shop, using Black Friday and Cyber Monday to test new concepts and invite customers into new virtual worlds.

In the past week, for example, eCommerce sneaker and apparel marketplace GOAT launched a new feature called Spaces, which allowed shoppers to create “moodboard-like worlds” in three different themes: Convenience Store, Outlandish Garden and Gothic Cathedral. Sneakers, apparel, jewelry and other merchandise sold on GOAT was available to place in the virtual rooms, with customers able to win pieces they include in their Spaces.

“Each year, we aim to go above and beyond while offering our members a special moment to celebrate the culture and community that make up who we are,” Eddy Lu, co-founder and CEO of GOAT Group, said in a statement. “Spaces is a one-of-a-kind experience that is unlike anything we’ve done before.”

In an interview with tech news website Input, Lu said Spaces is meant to enhance customers’ experience with GOAT, and the marketplace doesn’t expect shoppers to buy what’s on their moodboard. Rather, customers are encouraged to revisit and update it.

“You might not be able to afford the $2,000 pair of Off-White,” Lu said. “But you can be inspired to save up for them or buy a similar pair.”

Dyson, best known for its bagless vacuum cleaners, also recently opened a virtual reality (VR) store through Meta’s Oculus device, just in time for the holiday shopping season. The virtual store allows customers to try Dyson’s hairdryers, straighteners and stylers from the comfort of their home, with the Dyson Demo VR powered by the same visualization technology the company uses to prototype, test and develop new products.

The virtual-reality showroom is meant to be an extension of selling direct to consumers through its 318 stores, and will eventually incorporate fully integrated eCommerce capabilities and the ability to talk to a salesperson, Dyson has said.

Read more: Brands Bet Big on Sales in the Metaverse

Interest in the metaverse has been building for some time, but it exploded last month when Facebook rebranded itself to Meta to better reflect the company’s move toward developing a virtual world. Facebook’s social virtual reality (VR) platform Horizon Worlds, currently in beta testing, works in conjunction with Oculus Quest. Horizon has been in development for several years and includes a recent workplace collaboration version called Horizon Workrooms that would enable remote work meetings where people interact with avatars.

David Ripert, co-founder and CEO of Poplar Studio, told PYMNTS that the metaverse is something brands need to take seriously, especially as tech companies make large investments in the technology. Earlier this month, PYMNTS reported that the metaverse could represent an $800 billion market by 2024.

“A brand needs to be ready to deploy their products within those environments,” Ripert said, adding that “it’s all crossing over, the physical and the virtual.”

And if nothing else, retailers may be able to use the metaverse as a selling point for VR headsets to a wider audience that until now have mainly been purchased by video game and technology enthusiasts. After all, if all your friends (and favorite brands) are in the virtual world, you probably want to be there, too.