The Chinese New Year starts on January 25, 2020. It is the Year of the Rat (YOR). While we who follow the Chinese path will stick with the old ways and beliefs, there is a move afoot to replace the Rat and make this the year of the Lawyer. This is because there are now more lawyers than rats, medical researchers are not as emotionally attached to lawyers as they are to rats, and regardless of how much pressure is exerted on them, there are some things that rats will not do.

You may ask, why are they waiting until now to have a “Year of the Lawyer” or even of other professionals?  Why haven’t doctors, engineers or university lecturers, especially economists and political scientists, featured in the Chinese horoscope or the astrological signs we grew up with? The Chinese and the West both have twelve signs but while we start ours with Aeries, the first 30 degrees of celestial longitude which originates from the constellation of the same name, the Chinese start their cycle with a Rat.

According to the ancient Chinese story, the Jade Emperor wanted to select 12 animals to be his guards. He sent an immortal being to spread the message that the place they would hold in the Emperor’s esteem would be determined by the order in which they arrived at the heavenly gate. The quick-witted Rat, with guile befitting the most highly-paid Queen’s Council, asked the diligent ox to help him across the river.

Unfortunately, the ox did not smell a Rat. As they reached the gate, the Rat jumped down before the ox and won first place in the Emperor’s hierarchy. Ox was second, followed by Tiger and Rabbit in third and fourth. Dragon was fifth and was immediately noticed by the Jade Emperor, who said Dragon’s son could be sixth. But Dragon’s son didn’t come with him that day. Just then, Snake came forward and said Dragon was his adoptive father, so Snake ranked sixth. Horse and Goat came seven and eight followed by Monkey, Rooster, Dog and Pig.

In the astrology I grew up with, apart from Taurus, which has a foot in both camps, the others like Leo, Sagittarius, Pisces, Scorpio, Gemini and even Capricorn all suffer with Cancer. None of them made the Chinese first team. Neither did the lawyers who were probably chasing ambulances at the time, or maybe lost whatever appeal they had with the Jade Emperor.

As it is, the first year in the twelve-year cycle is The Year of the Rat.  Also, each zodiac sign is associated with one of the five elements- Wood, Fire, Earth, Gold (Metal), and Water – and this is the year of the Golden or Metal rat. While the Wood Rat is a team-player and the Fire Rat is energetic and brave, the Earth Rat is amiable and honest, and the Water Rat is talkative and wise. But it is the Golden Rat that takes the cake and, in my experience, even the bread, cheese and roti. According to the seers, “Goldie”, despite having a strong sense of self-awareness,  or perhaps because of it, is hot-tempered and jealous.

One of the most frightening things about being a Rat, in a Rat year or as I found out in 2017 which was the Year of the Rooster, my Chinese sign, is that the year of one’s birth sign is the most unlucky year in the 12-year cycle.

In 2017, what I had mistakenly thought would be my year, turned out to be the worst year I ever had in my life. Yet, it will not be even close to what is predicted for anyone, especially women, dealing with Rat men, “Due to a lack of courage, as well as good command skills, they are not capable of being leaders. Opportunistic and picky as male Rats are, they do not have broad minds but take a narrow view of things.” Other experts say that all rats, both men and women, find it easy to start a new relationship with someone, but they also break off relationships easily, which results in trouble with infidelity. Rat-women though “are pretty, smart, and lovely. They have quick minds and dexterous hands, and are able to learn anything.”

The one who will do best is not a person or even an animal. It is a brand.  Nike. The company’s News says, “The Year of the Rat — YOR — begins a new cycle in the 12-year Chinese Zodiac Calendar. It also coincides with the globe’s most well-known sporting event, in which China and Nike share a rich, interwoven history. This recurrence is the backdrop for the patterns in Nike’s 2020 Chinese New Year collection, incorporating designs from the last four YOR cycles into footwear and apparel from Nike and Jordan Brand… the extensive collection will include the Air Max 1, Air Force 1 Low, Air Max 720, Air Max 90. The ladies will also be receiving their own special colorways of the Air Max 90, Air Force 1 Shadow, Air Max 270 React, and Joyride Run 2.”

This Nike link with the Chinese forced me into some serious ratiocination. It is good to see the Chinese being taken for the same kind of ride they are taking others for. I know that such a massive and totally rational sweetheart deal between the two global giants was set up by the highest-paid and most capable corporate lawyers in the world and for the time being both parties are sole-mates, but why do I still smell a Rat? 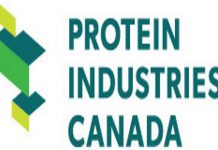 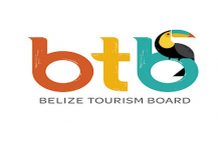