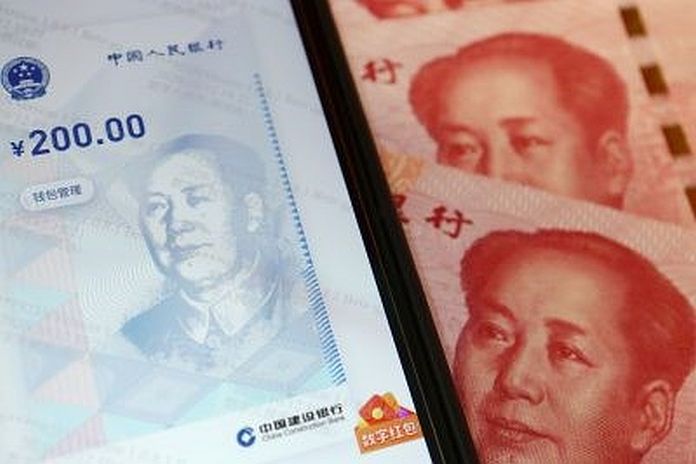 When digital currencies and cryptocurrencies sprang to life, bitcoin was viewed as a direct challenge to central banks’ control of currency. After an early reluctance and hostility toward cryptocurrencies, central banks are starting to recognise and embrace blockchain the highly innovative technological backbone behind bitcoin.

Blockchain covers a range of programmable technologies with adjustable parameters and algorithms, offering different ways to track and trace assets. The technology enables an unprecedented opportunity for managing the issuance of currencies.

There is a distinction between digital currencies in the broad sense and cryptocurrencies based on blockchain technology. Most money is already digital it exists only as entries in computer databases. Central banks have different measures and controls for the amount of physical cash in circulation versus the amount of money held in bank accounts and elsewhere.

Most central banks have already regulated instant payment systems where consumers and businesses can use mobile handsets to make digital payments. Both mobile network operators and the banking system are driving this huge business. In China, the world’s largest mobile payment market, the value of transactions reached 347 trillion RMB (US$53.04 trillion) in 2019 almost four times the country’s GDP. The total value of transactions skyrocketed in 2020 due to the pandemic.

As digital technologies develop and evolve, central banks in Asia are grasping the opportunities.

Thailand has been one of the leaders in digital payments with a focus on immediate interbank transfers between individuals and at point of sale using QR codes, mobile and account numbers. The Bank of Thailand supported the ‘PromptPay’ initiative in 2017 and encouraged Thai banks to realise large cost savings from the reduction of cash use. Around 70 percent of Thai bank account holders signed up to PromptPay, which is also used by small retailers who no longer need to handle cash.

Singapore has long been a leader in instant payments, and the Monetary Authority of Singapore (MAS) was one of the first Asian central banks to conduct detailed technical studies on domestic cryptocurrencies. ‘Project Ubin’ explored domestic and cross-border clearing and settlement.

With its huge population and low use of banks and cards, China has been pushing digital instant payment and QR scanning for years. AliPay and WeChat Pay each claim almost 1 billion active users of their bank account-based instant transfer systems introducing some systemic risk if either of them failed.

Despite numerous rumours, the intention to launch Singapore’s central bank digital currency is yet to be officially announced. Meanwhile, both China and Cambodia have launched cryptocurrencies seeking greater financial inclusion, but on vastly different scales.

The National Bank of Cambodia launched Bakong in October 2020. Available to retail customers, this peer-to-peer funds transfer service supports transactions in Cambodian riel or US dollar. Bakong has reportedly brought onboard almost a third of the Cambodian population (5 out of 17 million). The low barriers to entry boosted financial inclusion which could have a real impact on economic activity, as observed in other parts of the world.

Meanwhile, since starting the project in 2014, the People’s Bank of China has moved rapidly towards launching the world’s first major sovereign digital currency — the digital yuan. This should be an easy sell to consumers used to instant digital cash, enabling the government to fine-tune domestic monetary policy by directly controlling the amount of non-cash funds available to the economy. There are already real-world digital yuan operations in major cities, including Shenzhen, Chengdu and Suzhou, where customers obtain digital yuan via banks.

But the rest of Asia is lagging

Indian parliament is expected to vote soon on cryptocurrency regulation, perhaps banning all private cryptocurrencies and creating a legitimate framework for a Reserve Bank of India digital currency. The Philippines — the first country in Asia to embrace mobile payment with Smart Money in 2001 has not capitalised on its early lead. Larger ASEAN countries such as Indonesia are not at the forefront. The Jakarta Post recently claimed that Indonesia is in ‘no hurry over digital currency’.

While over 80 percent of central banks around the world have experimented with cryptocurrencies, China is leading the world in central bank digital currency deployment along with Cambodia, while Singapore has cautiously positioned itself to be a major player using a different approach. More Asian central banks may find themselves under pressure to issue digital currencies, not least because of their potential to become reserve currencies in international trade.

Countries that have been heavily investing in digital payment technologies and central bank digital currency development will soon reap the benefits. They are likely to see growth in economic activity driven by practical ease-of-use and savings of time, cost and effort. Other countries need to accelerate their investment and learn from China and Singapore else risk being left in the monetary dark ages.

The future of money is here and governments need to embrace it.