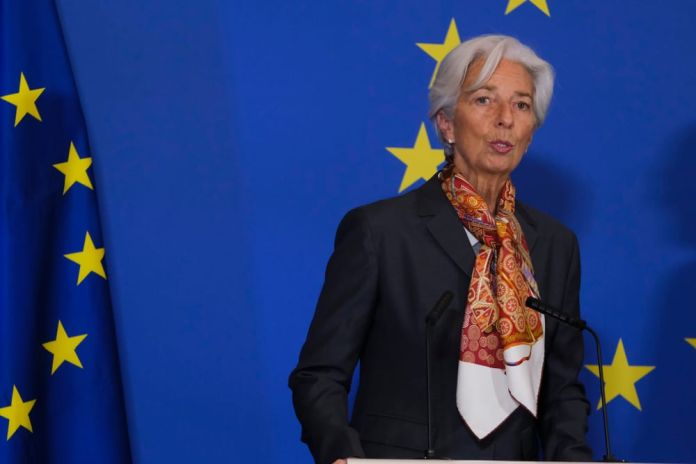 The European Central Bank (ECB) has not decided whether to adopt a digital euro.

But in a speech before the Deutsche Bundesbank, an online conference on banking and payments in the digital world, ECB president Christine Lagarde said the introduction of a digital euro would allow the Eurosystem to be at the cutting edge of innovation.

“Digital wholesale money is not new, as banks have been able to access central bank money for decades,” she said in a statement. “But new technology can be used to make settling financial transactions more efficient.”

Lagarde said a digital euro would be a complement to cash rather than a substitute, and would offer more choices to consumers. Innovation in payments has made it easier for the financial services community to complete transactions faster and cheaper, she said – but these improvements in payment platforms and virtual currencies create new risks and pose important questions of sovereignty.

“These issues go to the very heart of the ECB’s mandate,” Lagarde said. “We have a duty to play an active role in balancing the risks and benefits of innovation in payments, so that money continues to serve Europeans well.”

Lagarde said COVID-19 has accelerated the digitalization trend. She noted that the volume of eCommerce has increased by nearly one-fifth among its 17 member state banks from February through June 2020, while in-store sales have declined.

“As our lives have suddenly gone digital, so have our payments,” she said. “There has been a surge in online payments and a shift toward contactless payments in shops.”

Lagarde noted that last year, 73 percent of all in-store retail payments were made with cash. But a recent ECB survey revealed that nearly half of consumers said they intend to pay digitally, and this key FinTech trend has received a major boost due to the pandemic. “This trend is unlikely to be reversed once the pandemic is over,” she said.

A survey of 66 central banks found that 80 percent are working on CBDCs. “We have to be ready. Ready to embrace financial technological innovation, which has the potential to transform payments and money faster, and in more disruptive ways, than ever before,” he said.