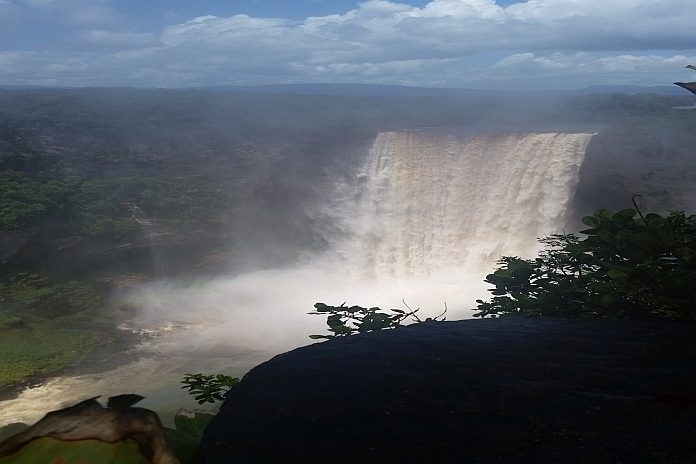 PARAMARIBO, Suriname — On Friday, January 24, 2020, former UN ambassador Henry Mac Donald disclosed that the tourism industry is annually a $600 billion industry, the fastest-growing; and most important economic sector in the world, providing good-paying jobs to both host communities and in new destination areas.

According to the World Tourism Organization in 2017, international tourist arrivals reached a new record high at over $1.3 billion. The sector has now seen uninterrupted growth in arrivals for eight straight years. It also represents 10.4 percent of GDP, and in 2017 the tourism industry supported 313 million jobs or one in ten jobs globally.

Community-Based Tourism (CBT) in particular, provides development opportunities for the indigenous and Maroon communities in Guyana, and most importantly to women entrepreneurship, and women leadership than any other segment of the economy. That is the reason why the United Nations and international financial institutions such as the Inter-American Development and the World Bank continues to invest capital, know-how, and expertise to support tourism for sustainable development all over the world.

The Guianas may perhaps become the new green tourism destination globally since this area can easily be described as the most forested region in the world. According to Apintie TV,  a local television station in Suriname, there was a wealth of interest for the interior of Suriname at the recent vacation expo in Utrecht, the Netherlands (January 2020).

As a part of the World Bank Growth Competitiveness Project in the Gambia, a hospitality training center trained 1,235 students and helped increase arrivals of tourists from non-traditional markets by 71 percent between 2011 and 2015.

In Peru, an international financial cooperation project financed by SECO (Swiss State Secretariat for Economic Affairs – Economic Cooperation and Development) helped streamline procedures for obtaining licenses and permits to start and operate tourism businesses in Cusco. The reforms eliminated 150 unnecessary processes and shaved three years off the business registration process, making it easier for both local and foreign investors to operate in Cusco.

Online digital platforms are a new outlet to approach tourists and allow service providers and tour operators a new podium to boost the development of the tourism industry. According to a recent World Bank study, many low-income economies can potentially benefit from this digital transformation. The World Bank also concludes that others may be at risk of being left behind if they fail to embrace the moment.

Two comprehensive reports were recently published by the World Bank on the importance of digital tourism and how countries can harness it for the benefit of all. According to the report, tourism and the sharing economy, the annual growth rate for the global P2P accommodation is estimated at 31 percent between 2013 and 2025, six times the growth rate of traditional bed and breakfasts and hostels.

In addition, the second report, The Voice of Travelers, produced in collaboration with TripAdvisor explains how peer reviews and other forms of user-generated content (UGC) facilitated by digital platforms, have become the most important sources of travel information globally—more important than tourism boards and other traditional outlets. This joint report is part of an MOU that was signed by the World Bank Group and TripAdvisor to promote the development of the tourism sector, that highlights some of the key digital trends impacting the sector to countries and private sector partners.

Last year World Tourism Day brought attention to “Tourism and the Digital Transformation.” Consequently,  the UNWTO called on governments and the Global community to “support digital technologies that can transform the way people travel, reduce the ecological burden of tourism and bring the benefits of tourism to all.”

In Suriname, a small IT firm recently brought together a group of technicians with different nationalities to start building an electronic platform that will disclose the unique story of The Guianas to the world. This group is destined to catapult the tourism uniqueness of all three Guianas as ONE GREENSPOT.

So far, The Guianas are not even a small player in international tourism, even though the region is heavily blessed with world-class features such as the mighty Kaieteur Falls in Guyana; the Mosque next to the Synagogue in Suriname or the various rocket launching platforms in French Guiana.

This new digital platform will offer new opportunities to tour operators, women and rural entrepreneurs in order to improve their market access and financial inclusion. The developers in Suriname understand that, to fully utilize this new opportunity they will have to make use of public-private partnerships schemes, especially those that bring governments, universities, businesses, international organizations and non-governmental organizations such as ECOSOC, an accredited world development organization to the table.