People who are forced to self-isolate or follow mandated shelter-in-place orders are at risk of being trapped in abusive and coercive situations, isolated from the human and other resources that could help them.

The pandemic has sapped victims’ outlets for relief: running errands, speaking with counselors, visiting friends. It has shattered exit plans that some victims have spent months developing. The services designed to support even the most isolated of these victims are struggling to help from a distance. And the deluge of stress and fear of unemployment, of sickness, of death, is intensifying the abuse they face.

In many nations, communities are already reporting higher call volumes to local domestic violence resources. In China reports of domestic violence have surged since people have been confined to their homes. In some areas, calls to police stations have increased threefold compared to the same period last year. Support services in Australia reported an increase in coronavirus-related family abuse. In Italy and Germany, women’s groups are already sounding the alarm.

Meanwhile, nine people have died in a string of domestic killings as Britain entered its second week under the coronavirus quarantine according to the Daily Mail of March 30, 2020.

In the United States, the National Domestic Violence Hotline (NDVH) reports that a growing number of callers say that their abusers are using COVID-19 as a means of further isolating them from their friends and family. “Perpetrators are threatening to throw their victims out on the street so they get sick,” Katie Ray-Jones, NDVH chief executive officer told TIME Magazine. “We’ve heard of some withholding financial resources or medical assistance.”

In Trinidad and Tobago, the Victim and Witness Support Unit (VWSU) of the police force says it has been preparing for the anticipated increases in domestic violence, as the next few weeks see the country locked down during the Stay at Home order announced by the Government. According to the T&T Guardian of March 31, over the last ten days, the VWSU has assisted 48 victims across the nation. While there has been no information about other Caribbean nations one hopes that measures are being considered, if not already in place, to deal with the expected upsurge in domestic violence.

Stress heightens the likelihood for violence

Domestic violence cases spike in times of prolonged stress and disruption, like financial crises and natural disasters. During the current pandemic, some of that stress has driven people to firearms dealers and liquor stores in a number of countries. Abusers often use firearms to frighten victims, but mere possession of a firearm by an abuser makes it five times more likely that a victim will be killed, according to the US-based Giffords Law Center to Prevent Gun Violence.

Global unemployment has been rising astronomically. A 2013 study reported that as unemployment rates rise, so do dangerous drinking behaviors. And the World Health Organization said evidence suggests that excessive alcohol consumption worsens the severity and frequency of domestic violence.

The economic impact of the COVID-19 pandemic has also plunged people into financial insecurity, potentially trapping them in abusive situations. Without a stable income, it is much more difficult for victims to leave violent partners and protect themselves and their dependents. Health concerns and job losses also add pressure, causing some people to experience abuse for the first time.

“My husband won’t let me leave the house,” a victim told a representative of the US NDVH over the phone. “He’s had flu-like symptoms and blames keeping me here on not wanting to infect others or bringing something like COVID-19 home. But I feel like it’s just an attempt to isolate me.“ Her abuser has threatened to throw her out onto the street if she starts coughing. She fears that if she leaves the house, her husband will lock her out.

“I spoke to a female caller in California that is self-quarantining,” a US NDVH advocate wrote in the organization’s logbook. “Her partner strangled her tonight. While talking to her, it sounded like she has some really serious injuries. She is scared to go to the ER due to fear around catching COVID-19.” 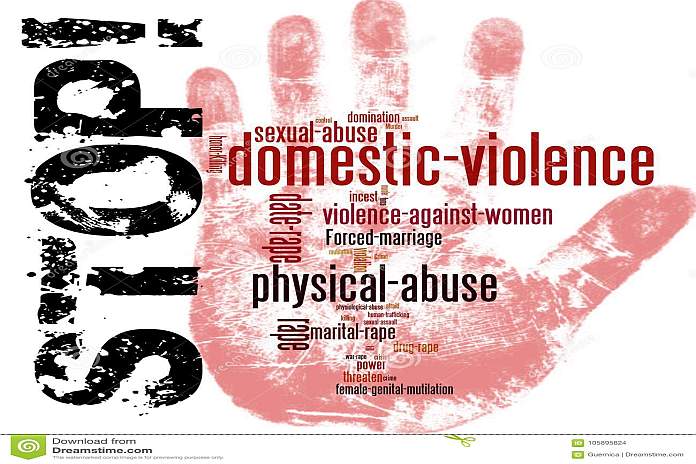 So what can be done?

Safety tips to people who are at risk, including keeping mobile phones charged and, if a partner becomes violent, try to avoid the kitchen, garage or anywhere that might have potential weapons.

For victims who don’t have access to websites, the phone or other people, friends, coworkers or neighbors should reach out to them and advocate on their behalf. Print out resources. Call a hotline. If they are co-workers, seek them out under the guise of a work matter and ask how they’re doing. Listen rather than responding right away.

Activists groups such as the UK’s Women’s Aid are advocating that safety advice and planning for those experiencing domestic abuse should be included in the national government recommendations on COVID-19. The emergency restrictions set out in the U.K.’s Health Protection Regulations 2020 state that no person may leave the place they are living except under certain circumstances, including to “avoid injury or illness or to escape the risk of harm.” This means that people fleeing violent or coercive domestic situations, will not be targeted by the police. At a minimum, this allowance needs to be global.

The United Nations Women has also called for governments to provide packages for paid sick leave and unpaid care work, in order to allow women facing domestic violence to maintain financial independence from their abusers. This is certainly a measure that should be given global consideration.

Domestic violence advocates say that victims who are not yet in quarantine status should seek help now. Meanwhile, domestic violence organizations like the US NDVH are developing new strategies to support victims under lockdown. Ray-Jones says digital contact with victims will be very important during this time but that it will be difficult for victims to call while at home with their abusers. The hotline does offer services via online chat or texting, making it easier for victims to seek out help while at home. In fact, digital contact is an option for all victims and potential victims with online access.

The US National Coalition Against Domestic Violence has advocated that survivors be included as a vulnerable population in federal coronavirus stimulus legislation. Other nations should consider doing so as well. The YWCA in the US, meanwhile, is urging Americans who can afford it to donate to its emergency fund as well as to local shelters, whether that’s money or in-kind donations. In fact wherever shelters and emergency funds exist citizens are urged to give what they can.

As well The Caribbean Voice (TCV) suggests that social media users pay special attention to language that may indicate abused victims are reaching out. Once such alerts are identified please contact the necessary service providers whether governmental or NGOs such as TCV. In times like these everyone must become partners in efforts to help those who may be suffering from abuse in any, and all forms.

The Caribbean Voice offers free counseling. Please email us at caribvoice@aol.com or thecaribbeanvoiceinc@gmail.com; WhatsApp 646-461-0574 or 592-621-6111 or contact any of our members on social media. Also, check out our website at www.caribvoice.org for more information. 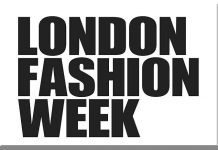