The waiver was signed on Monday, November 22, 2021, by prime minister Roosevelt Skerrit and the new ambassador of People’s Republic of China to the Commonwealth of Dominica, H.E Lin Xianjiang.

Prime minister Skerrit stated that this is indeed a great and important milestone in the bilateral relations between Dominica and the People’s Republic of China. He expressed his gratitude on behalf of the government and people of Dominica for this significant agreement.

“With the signing of this visa-free agreement between our two countries will now enhance the relationship, and will allow our people to move into each other’s country without the requirement of our visa. This clearly is a special dispensation and special consideration which China is granting, especially in this pandemic period. These are not agreements that they will normally enter and so we are even more grateful for the signing of this agreement,” prime minister Skerrit added. “We strongly recognize the One China Policy which is international law and we all have to conform to international law and international treaties,” pledging Dominica’s support to the reunification of China.

H.E Lin Xianjiang explained that his agreement is being signed with the hope of increasing travel from country to country.

“Usually in a pandemic, China doesn’t give such privileges with the visa-free agreement. But we make this special arrangement for Dominica because we see Dominica as a very important friend to us and we want to push our bilateral relations to a new height, and facilitate international travel between the two peoples. It’s a pleasure for me to sign this agreement today and I wish that with this agreement coming into effect, the bilateral relations can be heightened further, the people to people exchange can be made closer and we can bring our friendship to a new level.”

“The government and people of Dominica highly value our relations with the People’s Republic of China and the unwavering bond of friendship and cooperation which already exists between Dominica and China. It’s our wish that this bond of friendship will be heightened and further strengthened in the years to come, and that our cooperation, particularly in the areas of renewable energy derived from our significant geothermal reservoirs, and potable water resourced, both of which Dominica has in abundance, will flourish.”

“Dominica has benefited and continues to benefit significantly through fruitful bilateral exchanges and cooperation in infrastructural development, education, health, agriculture, trade and other areas. Additionally China always stands ready to work with Dominica to bring bilateral relations to newer higher heights to the benefits of both our countries and people.”

President Savarin went on to make mention of the various projects in which China has assisted Dominica over the years, including the E.O Leblanc Highway, the construction of the Windsor Park Sports Stadium, the Dominic State College, the State House, the West Coast Post Hurricane Maria Rehabilitation Project to include the Batalie Macoucherie and Pointe Round Bridges, the new ongoing modern state of the art Dominica China Friendship Hospital, and the Chinese Agricultural Mission which has been on the island since 2005 providing support to local farmers in various areas.

“We, therefore, are heartened by the news that two Chinese engineers will be arriving in Dominica at the end of November 2021, in order to commence preliminary works for the construction of the China Aid Project of the new Dominica Agricultural Science Complex Building to be located within the One Mile Agricultural Station in Portsmouth. This project, which seeks to further enhance the Dominica-China agricultural cooperation, will greatly contribute to our quest to transforming agriculture, one of the mainstays of the economy, to a more resilient and sustainable sector,” president Savarin said.

The president also thanked China for the tremendous assistance that Dominica has had, and continues to receive from the Chinese government in multiple areas of Dominica’s development, going on to reiterate that “Dominica’s government is firmly committed to the One China Policy and the peaceful reunification of China.”

Ambassador Lin Xianjiang stated that China has placed high importance on the continued growth of its relationship with Dominica.

“In the face of COVID-19, China and Dominica have come together in solidarity to fight the virus writing a new chapter of friendship between our two countries. China places high importance on growing aspirations with Dominica and stands ready to work with Dominica to build on the good foundation and bring our relationship to a new height,” His Excellency Lin Xianjiang stated. 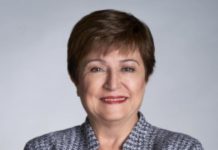