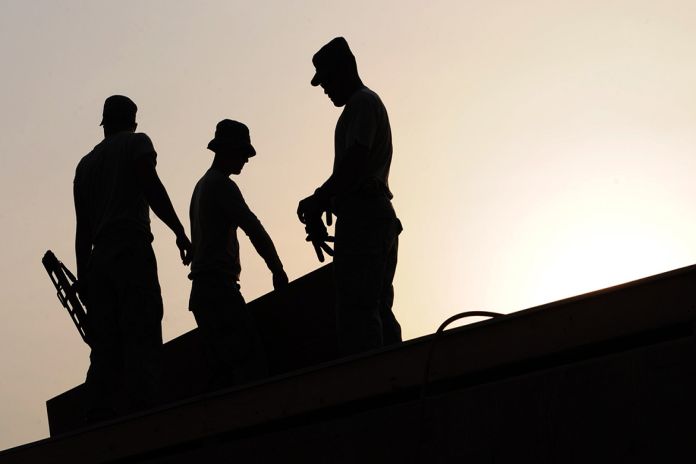 MONTREAL, Canada (CIC NEWS) – Newly-released data on payroll, and earning hours from May show how easing coronavirus-related restrictions is affecting employment in Canada.

Average weekly earnings increased in May, according to the Survey of employment, payroll and hours. This Statistics Canada survey provides monthly information on payroll employment, earnings and hours worked in Canada. Though it predates the pandemic, it is currently monitoring the impact of coronavirus on Canadian employment along with the Labour Force Survey.

Construction increased in payroll employment in my by 3.5 percent up to 28,400 in May. It was the only sector to see such gains, mainly as a result of more specialty trade contractors.

Employment in construction at the national level was still down about 20 percent compared to February.

Average weekly earnings were up 2.6 percent to $1,315 in the construction sector compared to May 2019.

Retail sales rose by 18.7 percent in May, though they are still 20 percent below the February level. The increase was partially seen in payroll employment.

Month over month employment losses slowed. In April the retail sector saw a loss of nearly 279,000 compared to May where about 41,800 people lost their jobs. The total hours worked in the retail trade in May rose 2.6 percent compared to the month before.

Average weekly earnings in the retail trade sector were $676 in May, up 10.5 percent compared with the same time last year.

Accommodation and food services were the hardest hit in May. With a 16.9 percent loss, reflecting 116,500 jobs, it saw the largest payroll employment decline. The sector has continued on a downward trend since February, with nearly 770,400 job losses since February, the largest variation over this period compared to all other sectors. Average weekly earnings in food services and drinking places were $447.75 in May, the lowest among all subsectors, but up 16.5 percent compared with May 2019.

Declines in mining, quarrying, and oil and gas extraction of 5.6 percent, and manufacturing of half a percentage point mostly offset the increase in construction, Statistics Canada said. Payroll employment in support activities for mining, quarrying, and oil and gas extraction declined 27.5 percent since February. The average weekly earnings in this industry were $1,832 down 1.8 percent compared with May 2019. Manufacturing saw declines in all industries, and the number of payroll employees declined 16 percent since February reflecting about 250,000 lost jobs.

In May, employment in the goods-producing sector was 16.7 percent below its February level, though the number of jobs edged up by 0.3 percent, or 7,300 jobs.

The arts, entertainment and recreation sector continues to see job losses. The sharp 557.7 percent decline from February to May was largely because of losses in the amusement, gambling and recreation industries. The performing arts, spectator sports and related industries also saw massive declines. The losses of lower-paid workers brough the average weekly earnings up 27.3 percent from a year earlier to $798.

The easing of coronavirus restrictions in May and June brought the initial recovery of employment to 9.2 percent of February’s levels. In previous economic deflations, recovery to pre-downturn employment has taken from two to five years.

The labour force survey suggested that Canada’s labour market recovery was well underway in all provinces and most sectors in June.

Statistics Canada’s Labour Force Survey for July is expected to be available next week. The employment and payroll hours survey for June is set to be released August 27 and will provide more insights on how COVID-19 has affected Canadian employment, earnings, and hours.

This article originally appeared on CIC NEWS on August 4, 2020.