BETHESDA, Md.–(BUSINESS WIRE)–Enviva Partners, LP (NYSE: EVA) (“Enviva,” the “Partnership,” “we,” “us,” or “our”) today announced that it has agreed to purchase a wood pellet production plant in Waycross, Georgia with associated export terminal capacity in Savannah, Georgia (the “Georgia Biomass Acquisition”) from innogy SE and also has agreed to purchase the wood pellet production plant in Greenwood, South Carolina owned by our sponsor (the “Greenwood Acquisition” and, together, the “Acquisitions”). In connection with the Greenwood Acquisition, our sponsor has agreed to assign to the Partnership five firm, long-term, take-or-pay off-take contracts with creditworthy Japanese counterparties (the “Associated Off-Take Contracts”) that have maturities between 2031 and 2041, aggregate annual deliveries of 1.4 million metric tons per year (“MTPY”), and an aggregate revenue backlog of $5.3 billion. The Partnership also announced that it has signed a purchase agreement with investors for the sale of $200.0 million in common units in a private placement (the “Private Placement”) to finance a portion of the combined purchase price of the Acquisitions.

“The Greenwood and Georgia Biomass acquisitions are fundamentally transformative for Enviva’s scale and diversification,” said John Keppler, Chairman and Chief Executive Officer of Enviva. “Not only are we increasing Enviva’s fully contracted production capacity by 35 percent, but we are doing so in new fiber baskets, with new deep-water terminal infrastructure, and with new customers under new long-term, take-or-pay off-take contracts that we expect will enable us to continue our track record of generating durable cash flows and growing our distributions sustainably well into the future.”

The Partnership has agreed to purchase Georgia Biomass Holding LLC, which, through its wholly owned subsidiary, owns a wood pellet production plant in Waycross, Georgia (the “Waycross plant”), from innogy SE and one of its subsidiaries for a purchase price of $175.0 million in cash, subject to customary adjustments. The Waycross plant has been operating since 2011 and has a production capacity of approximately 800,000 MTPY. As part of the Georgia Biomass Acquisition, the Partnership also will acquire long-term, take-or-pay off-take contracts with an existing Partnership customer (the “Acquired Waycross Contracts”) for annual deliveries of approximately 500,000 MTPY through 2024. The Waycross plant exports its wood pellets through a terminal at the Port of Savannah, Georgia under a long-term terminal lease and associated services agreement. The Partnership expects the Georgia Biomass Acquisition to close in the third quarter of 2020, subject to customary closing conditions.

Our sponsor has agreed to assign five firm, long-term, take-or-pay off-take contracts with creditworthy Japanese counterparties, aggregate annual deliveries of 1.4 million MTPY, and a total revenue backlog of $5.3 billion to the Partnership as part of the Acquisitions. The Associated Off-Take Contracts include:

Including the Associated Off-Take Contracts and the Acquired Waycross Contracts, the Partnership’s total weighted-average remaining term of off-take contracts will increase from 11.4 years to 12.7 years and total product sales backlog will increase from $10.2 billion to $15.5 billion, on a pro forma basis as of April 1, 2020.

For the Georgia Biomass Acquisition, Vinson & Elkins LLP served as legal counsel to the Partnership.

“A key pillar of Enviva’s growth is our ability to undertake accretive drop-down acquisitions from our sponsor, which we again demonstrated with the Greenwood transaction,” said Shai Even, Chief Financial Officer of Enviva. “What is particularly exciting is that we also had the opportunity to acquire another large-scale plant and associated export terminal capacity from an independent third-party, in what we view to be a highly accretive transaction. The combination of these fully contracted assets and Enviva’s proven execution strategy received strong capital markets interest.”

Additionally, recognizing ValueAct Capital’s existing holdings and significant participation in the Private Placement, the sole member of the Partnership’s general partner has appointed Jeffrey W. Ubben, Chairman of ValueAct Capital and Co-Portfolio Manager of its Spring Fund, to the Board.

The guidance amounts provided above, including the distribution expectations, include the benefit of the Acquisitions and the Fee Waivers, and reflect the associated financing activities. The guidance amounts provided above do not include the impact of any additional acquisitions by the Partnership from the sponsor, its joint venture, or third parties. The Partnership’s quarterly income and cash flow are subject to seasonality and the mix of customer shipments made, which vary from period to period. When determining the distribution for a quarter, the Board evaluates the Partnership’s distribution coverage ratio on an annual basis and considers the expected distributable cash flow, net of expected amounts attributable to incentive distribution rights, for the next four quarters. On that basis, the Partnership’s targeted annual distribution coverage ratio is at least 1.20 times.

To learn more about Enviva Partners, LP, please visit our website at www.envivabiomass.com and follow us on social media @Enviva.

In addition to presenting our financial results in accordance with accounting principles generally accepted in the United States (“GAAP”), we use adjusted EBITDA and distributable cash flow to measure our financial performance.

We define adjusted EBITDA as net (loss) income excluding depreciation and amortization, interest expense, income tax expense, early retirement of debt obligations, certain non-cash waivers of fees for management services provided to us by our sponsor (the “MSA Fee Waivers”), non-cash unit compensation expense, asset impairments and disposals, changes in unrealized derivative instruments related to hedged items included in gross margin and other income and expense, certain items of income or loss that we characterize as unrepresentative of our ongoing operations, including certain expenses incurred related to a fire that occurred at our Chesapeake terminal on February 27, 2018 (the “Chesapeake Incident”) and Hurricanes Florence and Michael (the “Hurricane Events”), consisting of emergency response expenses, expenses related to the disposal of inventory, and asset disposal and repair costs, offset by insurance recoveries received, as well as employee compensation and other related costs allocated to us in respect of the Chesapeake Incident and Hurricane Events pursuant to our management services agreement with an affiliate of our sponsor for services that could otherwise have been dedicated to our ongoing operations, and acquisition and integration costs, and the effect of certain sales and marketing, scheduling, sustainability, consultation, shipping and risk management services (collectively, “Commercial Services”). Adjusted EBITDA is a supplemental measure used by our management and other users of our financial statements, such as investors, commercial banks and research analysts, to assess the financial performance of our assets without regard to financing methods or capital structure.

Our definitions of these non-GAAP financial measures may not be comparable to similarly titled measures of other companies, thereby diminishing their utility.

The following table provides a reconciliation of the estimated adjusted EBITDA to the estimated net income associated with the Acquisitions for the twelve months ending December 31, 2021 (in millions):

The following table provides a reconciliation of the estimated adjusted EBITDA to the estimated net income associated with the Acquisitions for the twelve months ending December 31, 2024 (in millions): 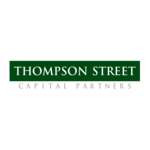 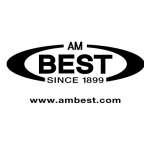 Best’s Market Segment Report: Clouds on the Horizon For 2023, But Trade Credit Insurers Are in a Good Place 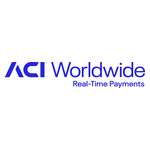 Tetraphase Announces Determination of Superior Offer and Notice to AcelRx