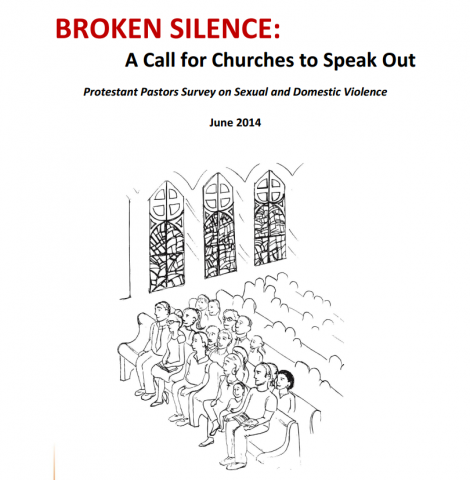 The Caribbean Voice (www.caribvoice.org) is a US and Guyana registered volunteer driven, not for profit NGO focused on suicide and all forms of abuse prevention in Guyana, Trinidad & Tobago, Barbados, Jamaica and St Vincent & the Grenadines (in partnership with sister NGO ‘Say Enough is Enough Support Group) and the Caribbean Diaspora in North America.

By The Caribbean Voice

A 2014 report entitled Broken Silence: ‘A Call for Churches to Speak Out’, based on a survey of 1,000 US protestant pastors concluded that faith leaders seriously underestimate the prevalence of sexual and domestic violence experienced by people within their congregations. They also lack the tools to address it in constructive and helpful ways. The same can be said about faith leaders in general as well as in the Caribbean and elsewhere.

The good news, according to the report, is that more than eight in ten said they would take appropriate action to reduce sexual and domestic violence if they had the training and resources to do so.” Such a desire has not, to date been expressed by Caribbean faith leaders.

According to the Baltimore Sun, in a commentary on that report, faith leaders need to fully understand that domestic and sexual violence (and might we add suicide) occurs in all communities worldwide, including their own congregations.  Ignoring this does not make it go away. And blaming the victim is not the appropriate response.

Faith leaders need to build relationships with the resources in their local communities that protect and support victims and survivors. As well, faith leaders need to seek out relevant training, which is indeed critical because a little knowledge in this area can be more dangerous than no knowledge at all. Research has indicated that abused women and suicidal individuals who seek help from untrained clergy typically find themselves in a worse situation than before.

The top priority in sexual and domestic violence and suicide ideation should be to ensure the immediate safety of victims or potential victims. Though this is common knowledge among those in the health community, it may be counter-cultural to Caribbean clergy — especially those who hold firmly to values that view family matters as private, place a high priority on family “stability,” strictly prohibit divorce, practice “male headship” and submission of women, or who see untrained counselling as part of their pastoral duty.

In keeping with these commonly held values, a large majority (62 percent) of pastors in the survey said they have responded to sexual or domestic violence by providing couples with marriage counselling — which the health community widely acknowledges as a potentially dangerous or even lethal response for a victim.

And those seeking help for suicide related issues like depression and anxiety are left befuddled and even more depressed and anxious as they are pushed closer to suicide by statements like the ones propounded by one Trinidad and Tobago pastor to wit, ‘God does not understand suicide’ ‘no one had the right to take his or her own life’, ‘you are given life and it is not yours take away’.

With a firm mental health grasp about these issues, faith leaders must then speak out on sexual and domestic violence and be prepared to provide relevant help to their congregation. Nearly two-thirds of pastors surveyed preach or speak once a year or less a about the issue. Ten percent never mention it at all. In the Caribbean ‘never’ would probably embrace the vast majority of clergy of all faiths.

Perhaps more alarming is the fact that faith leaders throughout the Caribbean have a tendency to propagate myths and misinformation relating to abuse and suicide, to apply scriptures in very literal terms instead of contextually interpreting them and to ignore or cover up abuse by fellow clergy while demonizing suicide. Thus, it is heartening that Pope Francis, current head of the Catholic Church mandated all clergy to report sexual abuse and any attempts to cover up.

In fact the Pope has been one of many global religious leaders calling on clergy to sensitive and empathetic towards victims of abuse and suicide and to acquire training beyond the pastoral so as to be better prepared to help their congregation deal with these issues.

Thus, we hope that training for priests of all faiths would embrace clinical counselling, emphatic communication and other skills to make them better able to understand and address suicide ideation and abuse in all forms. We also urge, as has been happening more and more, that Caribbean clergy take the initiative to acquire such training. As well, all clergy must move away from the wall of silence that enables fellow clergy to engage in abuse, especially sexual and not be brought to justice. In the same manner they must stop demonizing suicide and creating greater distress for suicide survivors, and instead provide or assist them to access clinical help.

The Caribbean Voice would also like to point out that abuse victims and persons suffering from suicide ideation can with appropriate help, go on to live fruitful and productive lives. In effect abuse can be stopped or even pre-empted while suicide is eminently preventable. And so, we call on Caribbean clergy of all faiths, to replace dogmatism with emphatic responsiveness to the mental health needs of their congregation. For without good mental health there is no good health. Remember abuse kills and so does suicide.

If you need help for a suicidal person or an abused victim please reach out to any related hotlines where you live, any NGOs offering such help or any ministry of health or social protection – for contact info please check here: http://caribvoice.org/resources.html

The Caribbean Voice can be reached via email at caribvoice@aol.com or what’s app number 646-461-0574.