Regardless of the number of coronavirus cases (COVID-19) that occur in the Caribbean, the economies of each of them, particularly those dependent on tourism, will suffer in the immediate to medium term.

Fear, and travel restrictions on persons living in countries with COVID-19, have already disrupted the global economy and supply chains for goods and services.

Indeed, every country in the world will be adversely affected economically even if any of them avoid a major public health emergency.  The International Monetary Fund (IMF) has already made an early forecast that its predicted 3.3 percent growth in 2020 will not occur.   Optimistically, the Fund now expects growth below 2.9 percent.

Growth rates in the tourism-reliant countries have already declined.   Many hotels have experienced cancellations over the immediate period and well into the next winter season. Of the world’s top twenty-five tourism-dependent countries, nine are in the Caribbean.

In order of highest dependence, they are British Virgin Islands, Aruba, The Bahamas, Saint Lucia, Belize, Barbados, Antigua and Barbuda, Dominica and Jamaica.

With a reduction in the number of hotel guests and patrons of restaurants as well as the number of persons renting vehicles, earnings in the sector have dropped; jobs are being lost, and government revenues are declining.

The situation is worse for those Caribbean countries that also rely on cruise-ships as part of the overall contribution of tourism to the economy.  The latest authoritative figures rank those countries in order of dependence as St Kitts and Nevis at 5.9 percent of Gross Domestic Product (GDP); Antigua and Barbuda, 4.1 percent; Belize, 4.0 percent, Sain. Lucia, 3.9 percent; The Bahamas 3.0 percent;  Dominica, 3.0 percent; Grenada, 2.8 percent and; Barbados, 1.5 percent.

The US State Department has been discouraging cruise ship travel, warning US citizens, particularly travellers with underlying health conditions, “not to travel by cruise ship”. The US Centers for Disease Control and Prevention (CDC) has issued guidance, cautioning travellers of “increased risk of infection of COVID-19 in a cruise ship environment.”

Fear of being quarantined on a cruise ship anywhere in the world has frightened potential passengers. Cruises to the Caribbean have been badly affected. Stock values in Carnival Corporation is down 52.7 percent year-to-date; Royal Caribbean is down 61.3 percent, and Norwegian has fallen 65 percent.

Obviously, all the commercial businesses in the tourism sector in Caribbean countries will also face a reduction in their profits.  If the fear over COVID-19 persists and the quest for a vaccine is protracted, these businesses could fall into financial loss. In those circumstances, even more, workers will be laid-off and their restricted spending will impact other sectors from which they buy goods and services.

Governments will be particularly hard-pressed because they will be deprived of revenues at a time when they are required to spend more money, much of it in foreign exchange, in their attempts to militate against COVID-19 which, despite best efforts, will enter their countries and could spread into community clusters as it has done elsewhere in the world.

Small Caribbean states do not have considerable resources or economic and fiscal tools of rich North American and European countries that can be deployed by treasury departments and central banks. But, there are still some options available provided all sections of the society assume the mantle that “everyone is in this together”.

Measures to stop the incubation and spread of the virus, including good hygiene, meticulous handwashing, self-isolation, cancellation of events that attract large crowds – all of these are necessary. But steps will also have to be taken to help both persons who become unemployed and those self-employed persons who get ill with COVID-19 and are forced not to work for a minimum of 14 days.

The banking sector could be enormously helpful in efforts to keep the economy buoyant by implementing several actions. Among them; renegotiate payment terms for house mortgages and other property, particularly vehicles, for persons who are either temporarily laid-off or self-employed persons who cannot earn because of illness; bank fees and charges, which are higher in the Caribbean than in many other parts of the world could be reduced significantly; and interest rates on loans could also be decreased while COVID-19 affects economies.

Certainly, government debt to domestic banks should be renegotiated and the banks should agree to extend the repayment periods and reduce the interest rates while governments are compelled to increase spending to deal with the public health emergency that all Caribbean countries now face.

If heaven forbid, banks are unwilling to adopt such measures, which, ultimately, will be to their benefit by ensuring that loans don’t sour, and customers can continue to buy their services, then governments might have to resort to legislation to urge them in a sensible direction.

Trade Unions and other bargaining agents could also play an important part in the current crisis by putting into abeyance all demands for increased wages and payment of arrears. Making such demands, at a time when both governments and the private sector face reduced income, would destabilize already unstable economies.

Governments might also have to consider placing a moratorium on repayment of foreign debts. The repayment of such debt requires foreign exchange, whose earning will be reduced by the decline in tourism.

Further, existing foreign exchange reserves will dwindle as those reserves are used to continue to import goods and services for the society, including new spending on equipment and medicines to fight the coronavirus.

No reasonable international bank or foreign lending agency, including Export-Import banks of individual nations, could demand to be paid debts in full at a time of impossibility when there is every possibility of debts being discharged in the future.

The spread of COVID-19 in North America and Europe, and the economic effect on the Caribbean region, once again demonstrates the region’s vulnerability to external circumstances.

The need for a stronger, more resilient, more integrated region – at all levels including fiscal policies and financial strategies – is emphasised by the vulnerability that COVID-19 has underscored, even though the virus itself hardly hit Caribbean shores. 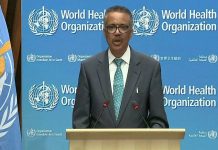