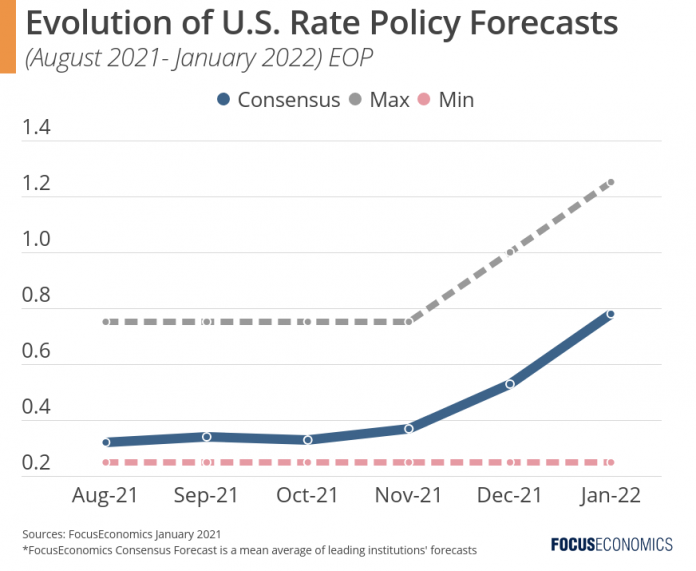 ASIA – The last couple of months have been a whirlwind in the central banking space, with a drastically more hawkish turn in mid-December from the Bank of England (BoE) – whose directors surprised market analysts by raising rates. This came just hours before the Federal Reserve opted to speed up the tapering of its QE purchasing program and pencil in roughly three rate hikes for next year. Moreover, the European Central Bank and the Bank of Japan also decided to wind down some of their stimulus measures in December, but both remained relatively dovish overall. This comes amid a number of smaller central banks dramatically hiking rates recently due to strengthening economic activity and elevated price pressures. This includes Brazil, Chile, Peru, Mexico, Uruguay, Colombia, Hungary, Russia, Ukraine, Korea and Norway, to mention a few.

Both the BoE and the Fed looked to reduce their monetary stimulus measures in December to rein in inflation, which has been surging in recent months due to recovering demand amid ongoing supply chain disruptions. Moreover, both central banks noted strong improvements in their domestic labor markets, even in those sectors most affected by the pandemic. They also noted that the Omicron variant is expected to have a noticeably softer impact on the economic recovery and should prove to be short-lived. Nevertheless, there is still heightened uncertainty surrounding the most recent variant and whether central bank tightening across the globe waited too long to respond to rising inflation – which could spell trouble for economies whose recoveries are lagging. 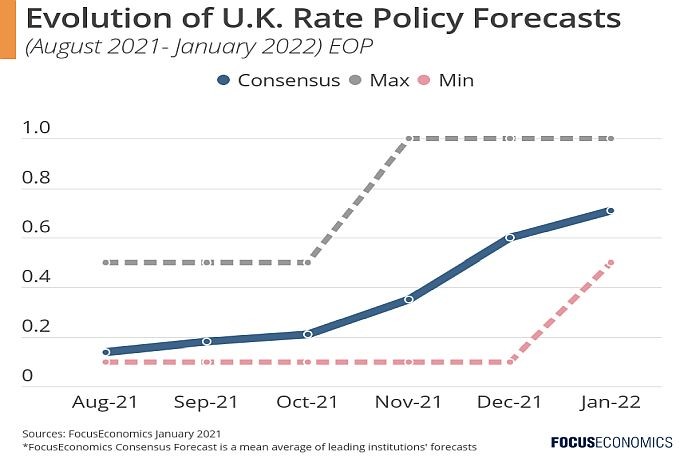 Insights from Our Analyst Network

Commenting on whether the Fed waited too long to start tapering, analysts at HSBC, noted:

“[If] the Fed realizes that its initial steps to rein in the policy stimulus were too cautious and that inflation is an even bigger problem than it currently perceives, policy would have to do some serious heavy lifting with bigger incremental steps than the initial 25bps moves in 2022. Falls in asset prices and even recession would likely follow. […] So while many emerging economies are perhaps better prepared for our central scenario of gradual rate rises in 2022–2023 than they have been in the past given their real rate and external financing positions, in a scenario of more aggressive Fed rate moves they would likely face much more currency depreciation and with inflation still rising could find themselves potentially having to tighten both fiscal and monetary policy even more. Recessions risks would become more widespread.”

Furthermore, commenting on the monetary policy outlook for the UK, analysts at JPMorgan, said:

“While the Omicron threat is acute in the near term, we assume it will not leave a lengthy period of restrictions in place or lasting labor market damage that prevents further monetary tightening relatively early next year. We forecast a Q1 hike. This feels a bit early after a December hike and the Covid-19 risk, but, as we pointed out earlier this week, there are signs that underlying pay growth is starting to firm and measures of tightness exceed the BoE’s forecasts. This would take rates up to 0.5 percent and trigger a halt in reinvestments. We then forecast two more 25bp hikes next year, in August and November.”

With the pandemic still causing havoc, monetary stimulus unwinding, supply chain disruptions still in play and turbulence continuing in China, our economist Oliver Reynolds details the outlook for the global economy next year in our latest special report:

In this special report prepared by our economist Oliver Reynolds, we examine China’s outlook, exploring key areas such as the property downturn, future government policies, relations with the US and next year’s leadership transition.

Mexico’s economy fell back into contraction in Q3. Our economist Oliver Reynolds provides the latest: 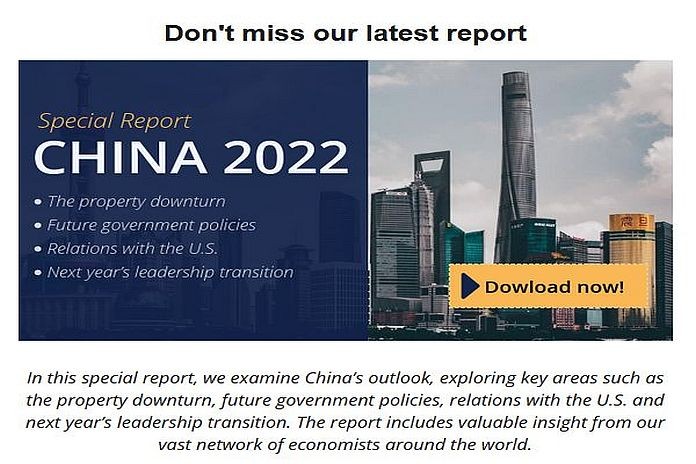