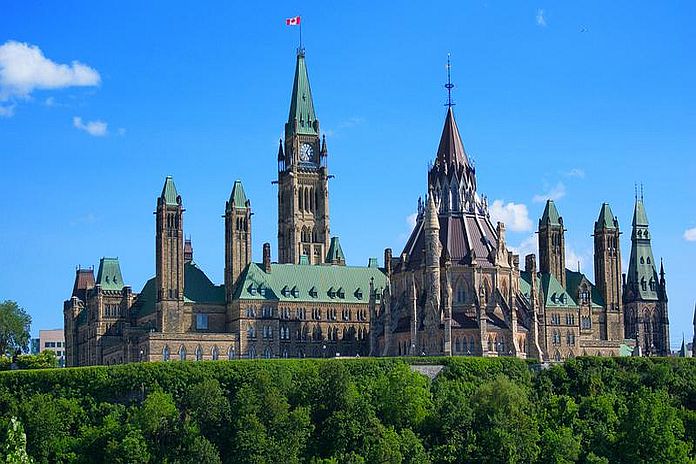 Mulroney, who is remembered for tripling immigration over his term as prime minister, called for Canada to grow its population to 100 million by 2100. Last week, he spoke at a forum hosted by the Globe and Mail and Century Initiative, a think tank planning for Canada’s future prosperity.

The former prime minister floated ideas that were already in Century Initiative’s agenda, to accelerate Canada’s population growth. As it is, Canada’s birth rate is not enough to replenish the population on its own. Without immigration, this low birth rate coupled with an aging workforce would put financial pressure on the working-age population. The effects would be felt this decade as 9 million baby boomers reach retirement age.

To counteract these demographic challenges, Canada has turned to high levels of immigration. In 2019, immigration was responsible for more than 80 per cent of Canada’s population growth. This year Canada set out to welcome 1.2 million immigrants between 2021 and 2023. However, Century Initiative says more needs to be done.

Century Initiative paints a picture of the world in 2100. The global population has grown to 11.2 billion, driven by gains in Africa and Asia. The US is among the top 10 fastest-growing countries with an estimated population of 450 million.

In this projected future, Canada’s population is 49.7 million, the 48th most populous country in the world, down 10 spots from what it is now at number 38. The fertility rate is still nowhere near the replacement level of 2.1 babies per woman, and immigration rates have not changed. This Canada is an old population, and economic growth falls to half of what it has been over the past 50 years.

The alternative, a Canada with a population of 100 million people. It is the 27th largest population in the world, and the economy is growing a full percentage point faster at 2.6 percent annual GDP growth.

Canada would have a younger population, which would mean a larger labour pool and taxpayer base. When there is a larger taxpayer base, there is more taxpayer money available to go to social programs and infrastructure.

Employers will have a large domestic market of talent to drive innovation. Businesses will have improved access to capital and international markets.

Century Initiative also predicts that more densely populated cities would allow for more access to environmentally-friendly housing and transportation infrastructure. The cultural sector would be vibrant and commercially successful. Also, a Canada of 100 million people would allow the country to remain a powerful global influence.

Century Initiative suggests the target of 100 million Canadians by 2100 is “neither radical nor unachievable.” Immigration targets are nearly where they need to be, at 1 percent of the population. By 2026, Century Initiative says Canada should pin the annual immigration target to 1.25 percent of its population per year. This could add up to 500,000 new immigrants in 2026.

The next step is a white paper, Mulroney says

At last week’s forum, Mulroney called for a new national policy that would commit to tripling Canada’s population by the end of the century, the Globe reported. Mulroney proposed starting momentum with a white paper to bring the idea into a serious political discussion. In Canadian legislature, a white paper is a proposal that may change policy in a major way, if it gets public and government approval.

One of the most important documents in Canadian immigration history was the white paper of 1966, which paved the way for a points-based approach to admitting new immigrants. Before, Canada assessed immigrants on a tiered system, where immigrants from commonwealth countries and the US were given priority. It came at a time where attitudes towards civil rights were shifting, and Canada wanted to move away from such a discriminatory immigration policy. The ideas presented in the white paper went into effect a year later. To this day, Canada maintains a points-system approach to immigration through its economic-class programs. The Express Entry system is among the prominent examples of this.

Public opinion is a major factor in the approval or disapproval of policy changes presented in a white paper. If the idea does go forward, a white paper on population growth would open up debate on topics such as the merits of immigration in Canada, how Canada can plan for higher immigration, and how Canada can strengthen an immigration system already regarded as one of the most exemplary in the world.

This article originally appeared on CIC NEWS on April 7, 2021.

Demand for housing in Guyana to be addressed, says minister Rodrigues

Trudeau: When are you going to stand up for our friend...