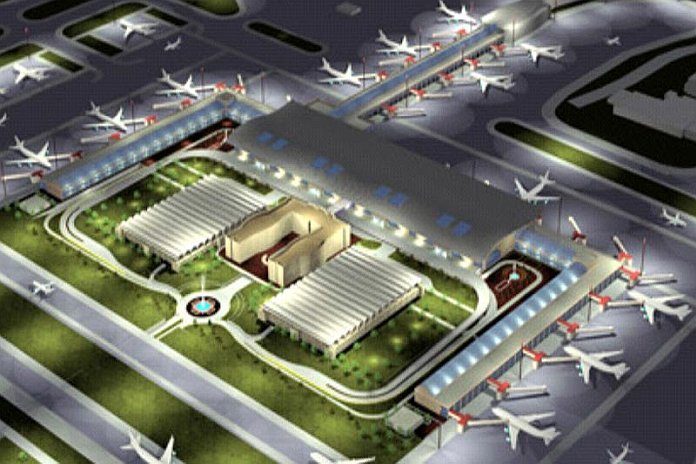 ​KUWAIT CITY, Kuwait – The International Air Transport Association (IATA) called on governments and industry in the Middle East and North Africa (MENA) to focus on four priorities to secure the future of aviation in the region against the backdrop of a challenging operating environment.

The four priorities are:

“The direction of the global economy is uncertain. Trade tensions are taking their toll. The region is at the nexus of conflicting geopolitical forces with real consequences for aviation. And airspace capacity constraints have become more extreme. But people want to travel. And economies in MENA are thirsty for the benefits that aviation brings,” said Alexandre de Juniac, IATA’s director general and chief executive officer (CEO) in a keynote speech at the 52nd annual general meeting of the Arab Air Carriers Organization (AACO) in Kuwait.

IATA highlighted the need for low-cost infrastructure for airlines in MENA.

“Some airlines in the region are doing well, but overall Middle East carriers are expected to lose USD $5 per passenger this year far below the global average of USD $6 profit per passenger. Low-cost infrastructure is essential. Our message to governments is simple: follow ICAO principles, consult users with full transparency and recognize that rising costs have long-term negative consequences. Aviation’s benefits are in the economic activity that the industry catalyzes, not in the tax receipts it generates,” said de Juniac.

IATA recognized the foresight of governments in the region in developing airport infrastructure and urged them to harness the power of technology to ensure that the infrastructure operates efficiently for airlines and conveniently for passengers.

“MENA governments have understood that infrastructure investments are needed to capture aviation’s economic and social benefits. But adequate infrastructure is not just about the bricks and mortar. The technology that we put into airports is as important. Passengers expect technologies like biometric identification and smartphones to shorten wait times and make airport processes more efficient,” said de Juniac.

IATA called on the region to continue to take a leading role in using technology to drive improvement in the passenger experience, highlighting recent projects at airports in Dubai, Doha, and Muscat that use biometric technology. The projects are aligned with industry’s One ID vision for biometric identification which enables paperless travel.

IATA stressed the need for regulatory harmonization across the industry and urged governments to implement the global standards that they have agreed to.

Safety: De Juniac called on regulators in the region to use the IATA Operational Safety Audit (IOSA) to complement their own national safety oversight activities. Bahrain, Egypt, Jordan, Lebanon, Kuwait, Iran, and Syria have already done so. The safety performance of airlines on the IOSA registry is three times better than airlines not on the registry.

Boeing 737 MAX: De Juniac called on a united approach by regulators to help rebuild confidence in the Boeing 737 MAX as efforts continue to ensure a safe return to service.

IATA called for airlines in the region to support the recently launched 25by2025 Campaign.

“It is no secret that women are under-represented in some technical professions as well as in senior management at airlines. It is also well-known that we are a growing industry that needs a big pool of skilled talent. If we don’t engage the female half of the world’s population much more effectively, we won’t have the needed people power to grow,” said de Juniac.

The 25by2025 Campaign is a voluntary program to address the airline industry’s gender imbalance. Participating airlines commit to increase the number of women at senior levels and in key positions by 25 percent or to a minimum of 25 percent by 2025. From MENA Qatar Airways and Royal Jordanian have already taken up this commitment.

IATA addressed climate change and spoke about the industry’s efforts to cut its emissions. De Juniac called on governments in the region to support the industry’s goal of capping carbon emissions from 2020 by participating in CORSIA the Carbon Reduction and Offsetting Scheme for International Aviation from the initial voluntary period.

“We must make CORSIA as comprehensive as possible from the voluntary period. In this region only Saudi Arabia, Qatar, and the UAE have signed-up. This will cover most of the anticipated growth, but still, we must encourage more states to join the effort,” said de Juniac.

Hope Probe lifts off from Japan as UAE makes history