Having completed the fourth year of their five – year mandate and spending in excess of TT$250 billion, the Keith Rowley-led The People’s National Movement (PNM) administration has absolutely nothing to show as an achievement or progress.

“It has been four years of crisis after crisis with this inept and arrogant Keith Rowley-led PNM administration. Every day is getting worse because of its continued political litany of mismanagement, corruption, incompetence, cronyism and nepotism and have literally destroyed the country.”

It has been four years of crisis after crisis and scandal after scandal.

After four years, citizens are crying out for leadership of good governance in most important areas of economic management (regarding reduced revenues), social issues, health care services and delivery, education and infrastructure development

After four years, every day is getting worse because of the policy of denial by an inept and arrogant Rowley administration, which has been very eloquent in demonstrating a continued political litany of mismanagement, corruption, incompetence, cronyism and nepotism and have literally destroyed the country in four years.

Their most visible fourth year “achievement,” was renaming the Couva Children’s Hospital, built and completed in 2015 by the Persad Bissessar-led administration, to Couva Hospital and Multi-Training Facility. The PNM’s political spite and vendetta against the United National Congress (UNC) was so evident in their refusal to open this medical institution for four years while they denied all citizens beds, access to state-of-the-art equipment and specialist medical care and attention. Only the private security firm on the premises profited over these past four years.

During last Monday’s sitting of the House of Representatives, Rowley made some damning statements about a conversation which he alleges opposition leader Kamla Persad-Bissessar had with member of parliament and then PNM’s deputy political leader (DPL) and minister of public administration Marlene McDonald. McDonald was recently charged with several offences of money laundering, conspiracy to defraud the government and misbehaviour in office.

It was reminiscent of Emailgate. In May 2013, then opposition leader Rowley went into parliament and read what he knew or ought to have known were fake and bogus emails in which he attempted to malign then prime minister Persad-Bissessar and some of her cabinet ministers of conspiracy to commit murder and interfere in the judiciary.

What really brought this on?

In the days prior to his making these wild and reckless accusations against Persad-Bissessar, his administration had been under intense scrutiny regarding their governance and the country’s state of affairs.

So, Rowley again decided that he needed to change the national conversation with another distraction like Emailgate and in true PNM-style, was able to manipulate the political conversation.

His finance minister Colm Imbert was being implicated in an alleged scandal involving his family’s ownership of Allora Apartment Complex in Woodbrook.

The Cabinet had just announced the cancellation of half-a billion (TT$) contract to a Chinese construction company, CGGC by the Housing Development Corporation (when Rowley himself was housing minister), a decision Rowley said was based on “certain discrepancies(?)” which did not meet Cabinet’s acceptance and approval.

The Cabinet had suddenly decided to fire the Boards of Trinidad Petroleum Holdings, Heritage Petroleum, Paria Fuel Trading and Guaracara Refining Company. Rowley’s decision which sparked a national uproar was the appointment of his personal attorney Michael Quamina to chair two of the Boards and his golfing partner Newman George to chair the other two.

And the national community had begun to clamor for the government to repeal the outdated Sedition Act which Rowley was being adamant that it must be retained “to keep peace among groups in [Trinidad and Tobago] TT.”

In one week, the government was again mired in political quicksand. With the aid of some of his allies in the media, he used the allegations of his totally discredited DPL McDonald and made a non-issue, a small flicker, a blazing inferno.

It is impossible to believe that Rowley, Al-Rawi, Robinson-Regis and McDonald have been able to push the entire McDonald story aside and instead, create a distraction about what the opposition leader said or didn’t say.

Have we forgotten that attorney general Faris Al-Rawi was head of the Anti-Corruption Bureau (it was based in his office until a few months ago) and should have been involved in the investigation into Marlene McDonald? It should have been one of the files he handed over. It is also noteworthy that he is reported to have said that months ago, McDonald asked him about the investigation.

Rowley, the incompetent attorney general Al-Rawi, the less-than-credible government House leader Camille Robinson-Regis and McDonald herself have demonstrated just how easily it is to change the national conversation.

Rowley must be realising that many citizens, including many from his Party, have lost confidence in his leadership, despite what PNM’s pollster Nigel Henry is telling him.

One year before demitting office, Rowley and the PNM must understand that this is 2019, not 1956 and distractions are no longer a substitute for integrity and accountability. 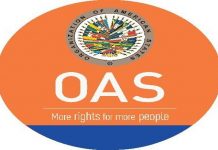