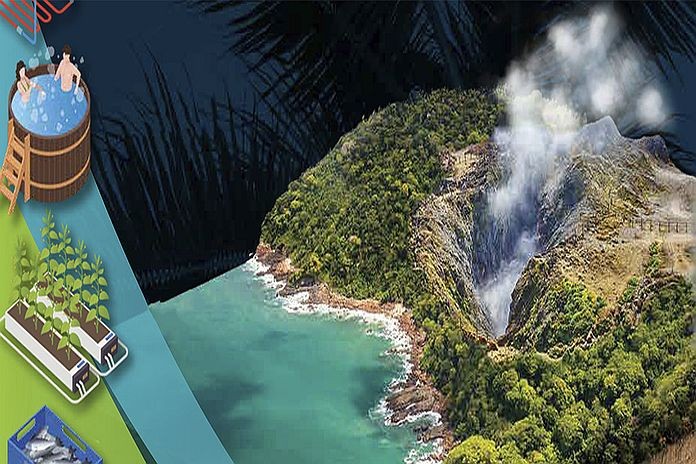 CASTRIES, St Lucia – Use of geothermal energy that is the heat that comes from the sub-surface of the earth in OECS Territories has been an ongoing subject of research and exploration, given that the Caribbean region consists primarily of volcanic islands. A recent study of three Caribbean islands, Dominica, Montserrat, and Nevis, examined opportunities for geothermal energy beyond electricity generation.

Around the world, more countries are capitalising on their geothermal resources, not only for electricity generation from a renewable affordable source, but also to support various industries within their economies.

With the renewed global emission targets agreed upon at the recently concluded COP26 in Glasgow, Scotland, it is imperative that OECS Member States fully explore the use of renewable energy sources. These efforts are needed to achieve net-zero by 2050 – a global target set at COP26 – in which the total amount of carbon dioxide put into the atmosphere equals the total amount removed. This means that the use of fossil fuels must be reduced and eventually phased out to meet this target.

Given the region’s vast potential for power generation using geothermal energy, and the environmental and economic benefits to be derived, it has become necessary to explore the full potential of this energy source. Currently, Guadeloupe is the only territory with a geothermal energy plant in the Caribbean, which produces 5 percent of the island’s electricity.

In Iceland, about 100 percent of electricity production is from renewable energy sources, with 73 percent coming from hydropower and 27 percent from geothermal power. An estimated 85 percent of all houses in Iceland are heated using geothermal energy. Kenya is another country that has capitalised on the use of geothermal energy, currently generating 630 megawatts of power from the renewable source. Geothermal heating is a major success factor for one of Kenya’s largest flower exporters, Oserian, which allows the company to sell 380 million rose stems annually, which according to the Company’s managing director would be impossible without 24-hour heating of greenhouses with geothermal steam.

The availability of this natural resource in the Caribbean region creates the potential for OECS Member states to benefit in a similar way in the years ahead. Could geothermal energy hold the key to driving the Eastern Caribbean’s Energy Transition? Can geothermal energy support new industries, lower production costs, and open new export markets? How can the Tourism, Manufacturing and Agriculture Sectors directly benefit from development of the region’s geothermal resources?

Join the discussion on January 25, 2022, at 2 p.m., via a Webinar hosted by the OECS Commission’s Energy Unit under the theme, Geothermal Energy: Providing Opportunities Beyond Electricity.

Immigrant wages in Canada are on the rise, says study