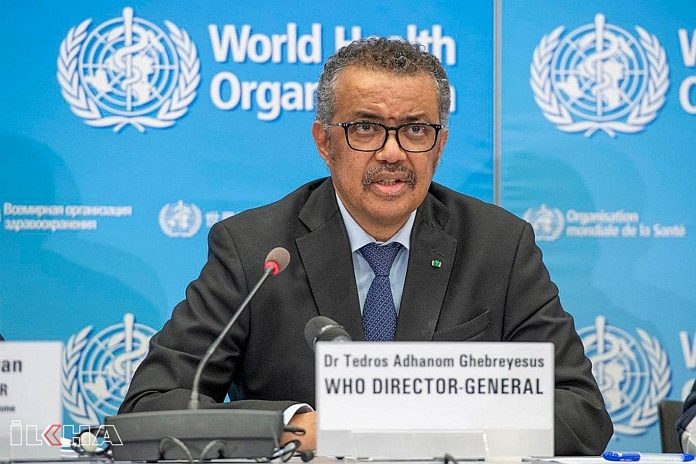 GENEVA, Switzerland — There needs to be a “collective commitment” to get vaccinations underway worldwide for health workers and others who are at high risk of catching COVID-19, within the next 100 days, said the UN health agency chief on Monday.

Tedros Adhanom Ghebreyesus, director-general of the World Health Organization (WHO) was briefing journalists in Geneva, a year on from the first-ever recorded COVID-19 death. [Today ] there are more than 1.93 million dead, and nearly 90 million confirmed cases.

“Governments, manufacturers, civil society, religious and community leaders, must come together to create the greatest mass mobilization in history for equitable vaccination”, said Tedros, noting that he was pleased a WHO team was in China to assess the compliance of Sinovac and Sinopharm – ahead of potential emergency use listing.

This is separate from another “WHO origins” mission team, whose access to Wuhan to study how the pandemic began, was delayed last week. That international team – “distinguished experts from ten institutions and countries” – has begun its trip, in collaboration with colleagues in China, said Tedros.

“Studies will begin in Wuhan to identify the potential source of infection of the early cases. Scientific evidence will drive hypotheses, which will then be the basis for further, longer-term studies”, he added.

He said yet another new variant or mutation of the virus, had emerged in Japan over the weekend, while transmissibility “appears to be increasing”. Although the increased infectiousness can drive more cases, hospitalizations and deaths, “at present, the variants do no seem to show increased severity of disease”, he added, offering some reassurance.

“With new treatments coming down the pipeline, we are hopeful that more lives of those with serious cases of COVID-19 can be saved. But we need to follow the public health basics, now more than ever.”

Most critical, said Tedros, is to effectively sequence the DNA and composition of the virus, “so we know how it’s changing and how to respond”. There may be a need to “tweak” both diagnostics and vaccines in order to keep pace with the mutations, he said.

“We call on all countries to increase the sequencing of the virus, to supplement ongoing surveillance, monitoring and test efforts”, he added, looking ahead to a key meeting on Tuesday of WHO’s R&D Blueprint group, which convenes scientists from around the world “to set global research priorities for the year ahead, including on virus variants and sequencing.”